As we celebrate of the birth of our Lord and Saviour, let us always remember the poorest of the poor were the first to to hear the Good News of Jesus' birth. Let us not get caught up with the affluence and chaos of the holidays, but find the peace that stilled the hearts of poor shepherds who understood they were going to see the greatest gift ever given to humanity.

Now there were shepherds in that region living in the fields and keeping the night watch over their flock. The angel of the Lord appeared to them and the glory of the Lord shone around them, and they were struck with great fear. The angel said to them,

"Do not be afraid; for behold, I proclaim to you good news of great joy that will be for all the people. For today in the city of David a savior has been born for you who is Messiah and Lord. And this will be a sign for you: you will find an infant wrapped in swaddling clothes and lying in a manger."

And suddenly there was a multitude of the heavenly host with the angel, praising God and saying:

"Glory to God in the highest and on earth peace to those on whom his favor rests."

When the angels went away from them to heaven, the shepherds said to one another, "Let us go, then, to Bethlehem to see this thing that has taken place, which the Lord has made known to us." 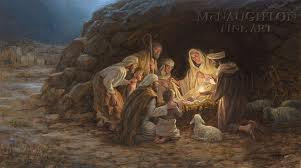 So they went in haste and found Mary and Joseph, and the infant lying in the manger.

From our family to yours,

We wish you a peaceful, blessed and joyous Christmas season! 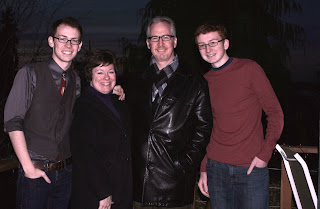 Posted by iServant Media at 9:50 AM No comments:

The Real Story Behind "It's A Wonderful Life" 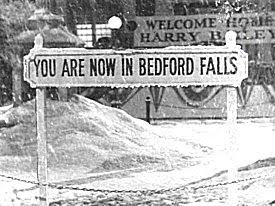 Every Christmas Eve our family watches the Jimmy Stewart movie "It's A Wonderful Life." And every Christmas Eve I embarrass my two teenage sons by crying when people gather in George Bailey's home to bail him out of trouble. It's a beautiful scene about the lives we touch when we live our own life the right way: compassionate about the plight of others, giving and not taking advantage of our brothers and sisters, loving one another, etc.

But "It's A Wonderful Life" was not a commercial success when released in 1946. In fact, many critics hated it. Still, the movie stirs something in the hearts of us all.

Below is an excerpt from the story of "It's A Wonderful Life" as told by Jimmy Stewart himself. You will clearly see the hand of God present in all aspects of the telling of this story. It's an amazing read.

Merry Christmas! I pray you're living a "wonderful life." 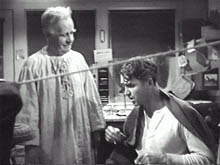 "'Now, listen,' Frank (Capra) began hesitantly. He seemed a little embarrassed about what he was going to say. 'The story starts in heaven, and it's sort of the Lord telling somebody to go down to earth because there's a fellow who is in trouble, and this heavenly being goes to a small town, and...'

Frank swallowed and took a deep breath. 'Well, what it boils down to is, this fellow who thinks he's a failure in life jumps off a bridge. The Lord sends down an angel named Clarence, who hasn't earned his wings yet, and Clarence jumps into the water to save the guy. But the angel can't swim, so the guy has to save him, and then...'

Frank stopped and wiped his brow. 'This doesn't tell very well, does it?'

I jumped up. 'Frank, if you want to do a picture about a guy who jumps off a bridge and an angel named Clarence who hasn't won his wings yet coming down to save him, well, I'm your man!'" 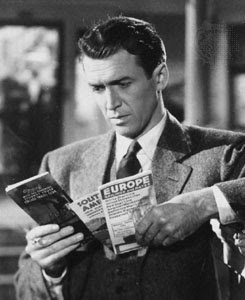 Permission sought and granted for this posting
Posted by iServant Media at 11:18 AM No comments:

The Voice Of An Angel

Having a hard time finding that Christmas spirit? This will help you find it.

Rhema Marvanne is a rising star in the Gospel music world. Click on "The Voice Of Angel" title (above) to see her amazing personal story. It is so beautiful to see a human soul transcend tragedy. And to see God's love and grace shine through our lives.
Posted by iServant Media at 3:26 PM No comments: 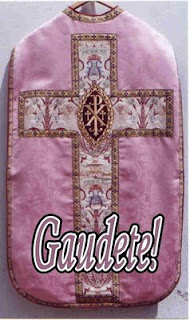 It started out as a beautiful late spring morning. Our second child had been born a few weeks earlier and we were headed to Portland’s Saturday market as a new family to enjoy a sunny day together.

As we rounded a corner on a back-road a few miles from our house a car appeared out of nowhere flipping out of control straight at us.

I had no time to react. Everything was moving in slow motion. At that moment, I had this strangely peaceful thought: Mary and I would be killed. But the kids in the back seat would survive the crash and be in good hands being raised by my in-laws.

I glanced at Mary and she at me in what may have been our last earthly look into each other’s eyes. I remember thinking, “I love you.”

Then, as the car was feet away from rolling up into the front window of our minivan it veered wildly and flipped into a ditch, turning upside down. All this happened in about three seconds. We slammed on the brakes and stopped our car. I jumped out with my cell phone and ran to the other car. A young man in his early 20s was inside the crumpled wreckage, but other than a few cuts and bruises, he was OK. Dazed and confused, he told me he had nodded off just for a moment as he was driving home from the overnight shift and awoke to his car flipping out of control. I called 911. When the paramedics arrived, they tended to the young man’s wounds. 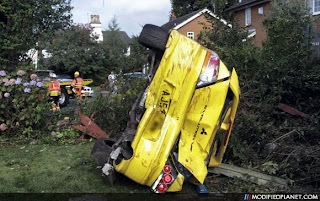 Thankfully we all had angels on our shoulders that day and were saved. We rejoiced as we resumed our trip into Portland.

Perhaps you have your own personal story of a moment in your life where you were spared certain death and given new life.

In today’s Gospel, John The Baptist wanted to know if Jesus was the “one who is to come” to save all humanity from the finality of death and offer us new life, a new salvation. Jesus allows the truth of his ministry to speak for itself, giving John the answer he needed to hear prior to his own certain death. 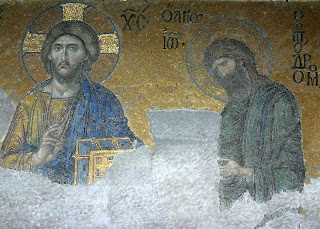 Jesus quoted from our first reading today by the Prophet Isaiah, “Then will the eyes of the blind be opened, the ears of the deaf be cleared, then will the lame leap like a stag, then the tongue of the mute will sing.”

John The Baptist knew the time of the Messiah was fulfilled. Jesus’ cousin John provides a positive role model for us all today. John got it. He knew the messiah was coming to save humanity from the clutches of the devil.

But do we clearly hear John’s message to the world today? John The Baptist spoke out for the poor and the needy of the world, reminding us that this is our path to salvation. This is how we will be saved from the finality of death… by showing mercy, love and compassion. We need to shake our prideful, self-righteous ways through baptism to new life, then role up our sleeves and help the poor among us. The rich did not like the message. John was true to his convictions even to the point of imprisonment and death.

“Behold, I am sending my messenger ahead of you; he will prepare your way before you.”

John cleared the path for the good news to be heard – he plowed the roads, so to speak, so Jesus could arrive in his full glory.

How can we emulate John’s model in our own world today?

My brothers and sisters, our parish experienced a moment recently when we were called to love and serve a poor, homeless man. And we responded beautifully.

Perhaps you heard about the man who rolled his wheelchair into our Saturday Evening Mass just as Father was beginning his homily a few months ago. His name was Michael and he was in deep, deep pain. As he approached the altar, he cried out for all in the pews to hear, “I’m dying. I need help.”

Father interrupted his homily and bent down to quietly talk to Michael. Several parishioners jumped up to help. As they approached Father and Michael, they heard Father say, “I’ll come talk to you after Mass.” As Michael wheeled his way to the vestibule, Father continued his homily without missing a beat.

Michael stayed through the entire Mass.

“And the poor have the good news proclaimed to them.”

Eventually, Michael told me his story. He was a Vietnam War veteran who lost his foot in the war. He’d been living on the streets for years. Michael was at the end of his rope. He had been beaten and robbed a few days earlier. He lost everything he had in a backpack. His face bore a black eye and cuts from the scuffle. He was crying. He was desperate. He needed someone to treat him as a human being.

When it came time for the sign of peace, a number of parishioners came up to Michael to shake his hand. During communion, Father came out to give Michael a special blessing. When Mass was over, Father came out as promised and talked to Michael for a long while. Several people came over to offer Michael money, a new winter coat and a motel stay for a couple of nights so he could heal his body. Michael even got a backpack with warm winter gloves, a stocking cap, food and food gift cards. Michael was so thankful shedding tears of joy and humbled by the gestures of compassion.

This was the message John The Baptist prepared the world for. Christ is coming. For our salvation, we must show God we love Him by loving our neighbor as ourselves. Today’s Gospel encourages us to extend dignity to every living person we encounter. It’s what Christ did as the sign of new salvation being opened up to the world. This is what it means for us to be followers of Christ.

John The Baptist was probably no better dressed than our homeless friend Michael. His disheveled looks are a reminder that we need to look beyond the outward appearance of the person to see the truth of Christ’s love being heralded for all of humanity.

Michael was our messenger.

“And blessed is the one who takes no offense at me.”

For our own salvation, we answered Christ’s call. We did not complain, we did not judge, as we were warned in today’s second reading from the Letter of James.

It was a beautiful moment in which the Kingdom of Heaven broke open here on earth for all to see.

On this Gaudete Sunday, let us REJOICE for the coming of our Lord and Messiah Jesus Christ is almost upon us. Rejoice and be glad! 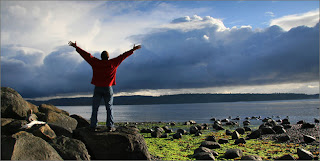 Posted by iServant Media at 10:00 PM No comments: