For the second weekend in a row, Jesus is talking about forgiveness. The concept is that important in the Gospel. 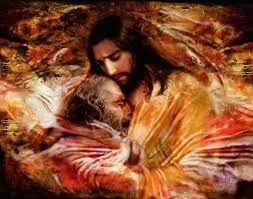 As Father Bryan told us last week, forgiveness is an easy concept to grasp, but a difficult one to put into practice.

Jesus reminds us we are to forgive without limit. Even in the Lord’s Prayer we are reminded to “forgive us our trespasses as we forgive those who trespass against us.” Jesus even forgave his executioners from the cross, "Father forgive them for they know not what they do."

“To err is human, to forgive is divine.”

I can think of no better model of this forgiveness in the modern age than Nobel Peace Prize winning Archbishop Desmond Tutu of South Africa. 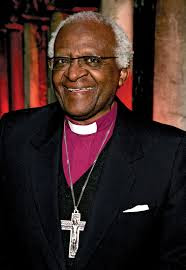 He experienced the social sin of racism in a country ruled by a white minority who felt it their birthright to oppress the black majority.

When it all came to an end, many thought the country would fall into chaos and violence.

Combine the social sin of racism with the grace Jesus is talking about in his parable on forgiveness and you get something beautiful and lifegiving.

In South Africa, apartheid was the law of the land until the early 1990s. Minority whites ruled over a majority, black population 10-times bigger than their white oppressors.

It was a brutal, repressive and abusive system.

Enter Rev. Desmond Tutu. He was the voice of reason and a Prophet of the Gospel of Jesus in a time turmoil and violent oppression in the dying days of Apartheid. 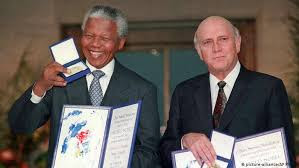 These three helped a nation turn away from its social sin of racism and do so peacefully by embracing the power of forgiveness.

Through the creation of the Truth and Reconciliation Commission, restorative justice was allowed to reign in South Africa. And the country witnessed a peaceful transfer of power from minority white to black majority Democratic rule without the retaliation seen in earlier national transformations in Africa. 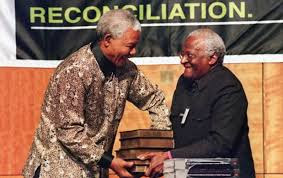 In 1987, at the height of South African Apartheid, I had the blessing to travel to South Africa as a journalist. I went there with a group of U.S. correspondents.

We met with most major players in the country except for one who cancelled at the last minute: Archbishop Desmond Tutu declined his scheduled interview with us after learning of our meeting with South African President P.W. Botha.

But Tutu was far too important a figure to not hear from.  So, on Ash Wednesday, I took a cab to Tutu’s home Anglican Cathedral in Cape Town to hear his noontime homily and hopefully secure an interview afterwards.

Tutu graciously accepted the interview opportunity even after I explained my connection to the American journalists touring his country. 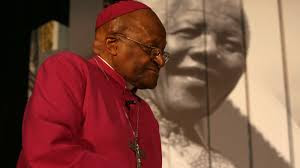 During the entire interview, I felt God’s presence. I felt God’s love in the man. And as we ended the interview, he surprised me with an embrace. I was so moved by how he exuded love, not hatred, nor bitterness, nor anger. Nothing but love.

Tutu was the spiritual leader South Africa needed to navigate its move away from Apartheid.

I read a beautiful quote on forgiveness by Archbishop Tutu:

“To forgive is not just to be altruistic. It is the best form of self-interest… However, when I talk of forgiveness, I mean the belief that you can come out the other side a better person.  A better person than one being consumed by anger and hatred.  Remaining in that state locks you in a state of victimhood, making you almost dependent on the perpetrator. If you can find it in yourself to forgive, then you are no longer chained to the perpetrator.  You can move on, and you can even help the perpetrator to become a better person, too.” 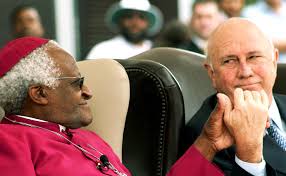 I can think of no better example of the lesson Christ is teaching this weekend than Archbishop Desmond Tutu.

To forgive is to act like God. This is also at the heart of Jesus’ parable. This quote hits the nail on the head and should be etched on all our hearts if we are to call ourselves disciples of Christ:

“If we are truly created in the image of God, then we cannot authentically and truly become ourselves until we also reflect God’s likeness. That likeness involves forgiveness because God’s nature is to forgive. By forgiving others, we become a living channel of God’s grace and action in the world as we manifest the Lord’s mercy in a specific way. It is this spiritual integrity that allows us to move forward in our discipleship and to become more authentically a friend of God who acts as God acts and loves as God loves. Sometimes we can find ourselves stagnating in our spiritual lives because we have chosen either not to forgive or not to seek forgiveness. That stagnation and spiritual frustration can be the Lord’s way of encouraging us to recognize and resolve the offensive obstacles that are preventing us from moving forward in our efforts to be more Christ-like. When we fail to practice forgiveness, we are fundamentally out-of-sync with the will of God.” 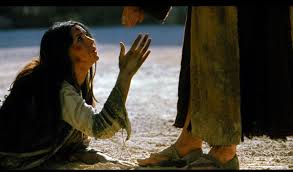 May we be blessed with the grace to learn to forgive the way Jesus tells Peter to forgive. May our acts of forgiveness be breathtakingly abundant. May we become channels of Christ's Peace in this broken and hurting world.

Posted by iServant Media at 4:27 PM No comments: