Most people know your humble scribe is a huge fan of the mega music group U2.

Here's the video for the band's new song "Invisible" (debuted during the Superbowl) from the upcoming untitled album.

The new project is set to be released in April or May of this year and is produced by innovative music producer Danger Mouse.


I remember the instructions we were given on the Annual Homeless Count in downtown Seattle. 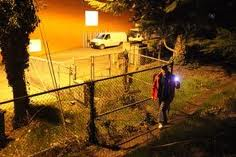 As we walked the cold, dark streets, at 3 in the morning, we were advised to bring a flashlight.  But this was only for us to see our way in the darkness.


Under no circumstances were we to shine the light on a sleeping homeless person.


We were told the streets are their home and a light being shined on them in the darkness would be rude and disrespectful. 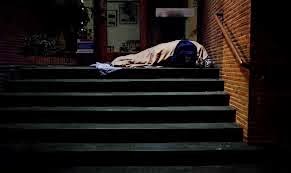 But we were to study their encampments, and quietly and respectfully discern how many people were living there.


This year’s One Night Count found 3,117 souls living outside of Seattle’s many homeless shelters.  Men, women and children of all ages. 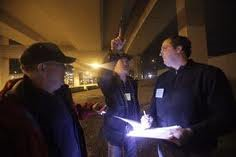 
How a society takes care of the least of our sisters and brothers is a measure of being a light of the world, salt of the earth.


The Prophet Isaiah spells this out in vivid detail:


“Share your bread with the hungry, shelter the oppressed and the homeless; clothe the naked… then light shall rise for you in the darkness.”


Jim Withers is just such a light of the world.  His salt of the earth daily medical ministry is helping the homeless living on the streets of Pittsburgh, Pennsylvania.


Since 1992, Dr. Jim Withers has made house calls to people with no houses.  He works five nights a week. 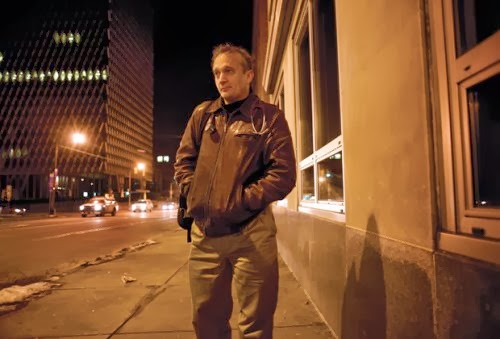 He believes that “unless you walk in someone else’s shoes, you don’t know what led them to have that life.”


This street doctor with the easy smile, easy laugh and easy-going manner started his mission with a formerly homeless guy named Mike who works with Operation Safety Net, a ministry of Pittsburgh Mercy Health System.  Every night, Mike hands out sandwiches made by the Sisters of Mercy at their Motherhouse.


Mike gave the doctor good advice when they started their   22-year mission together:  “Don’t dress like a doctor and don’t act like a jerk.”  He actually started out dressing like a homeless person to gain the confidence of those he treated nightly. 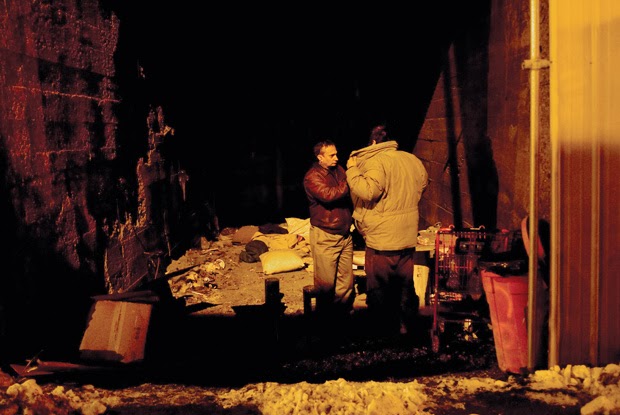 Now he does everything from splinting fractured limbs, to treating cuts and bruises, to giving out cough and cold medicines, aspirin and Tylenol and even antibiotics to treat infection and pain.


Today, Dr. Jim has medical students joining him nightly on his mission along with his friend Mike handing out sandwiches, blankets and other needed supplies.


Dr. Jim confides, “people out there are hanging on for dear life.”


He remembers vividly one of the first people he encountered in 1992. It was an 85-year-old homeless guy who was severely mentally ill.  His legs got so bad living on the streets that he would actually get maggots growing in his skin. 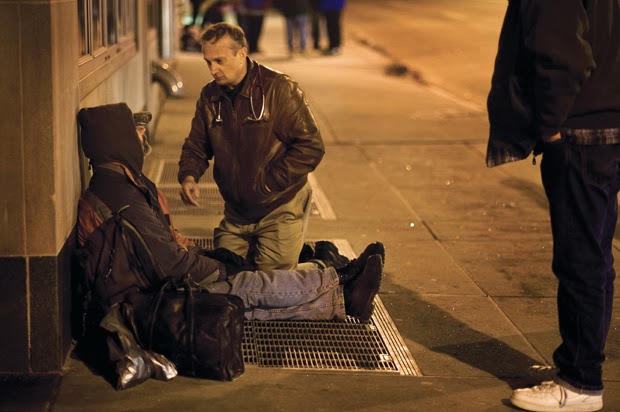 
He believes this model is a whole new way health care can be delivered to people in the greatest need in America and around the world.


Dr. Jim is committed to seeing this model worldwide and has helped establish these street medicine programs in 85 cities around the world and on five continents through his program “NationSwell.”


He says he’d like to see “NationSwell” “become a point of pride, a jewel in the crown of communities everywhere.”


Dr. Jim says, “we can to do this under one unified vision, that everybody matters.  That we need to look out for the people that are the most ostracized in our communities.  And that will make us a better people.”


Dr. Jim Withers is Christ among us.  He’s doing just what Jesus and the Prophet Isaiah say we all should be doing as the People of God.


It’s not enough to just point to others and say, “isn’t that nice.”  If we do that, we are salt that’s lost its taste.


No, each of us needs to commit ourselves to “not turn (our) back on our own.”


Dr. Jim Withers is also living out our Catholic Social Teaching in a beautiful way.


Many in our Church say Catholic Social Teaching is our best kept secret in the world today. 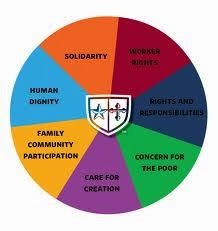 But our Catholic Social Teaching should not be a lamp hiding under a bushel basket.  It should “set on a lampstand where it gives light to all.”


You may have noticed the banners hanging in the vestibules of both Churches listing the seven tenets of Catholic Social Teaching.  You’ll also find a copy in the bulletin in the week's ahead.


The banners are there as a reminder of how we can be a light of the world and salt of the earth in our daily lives. 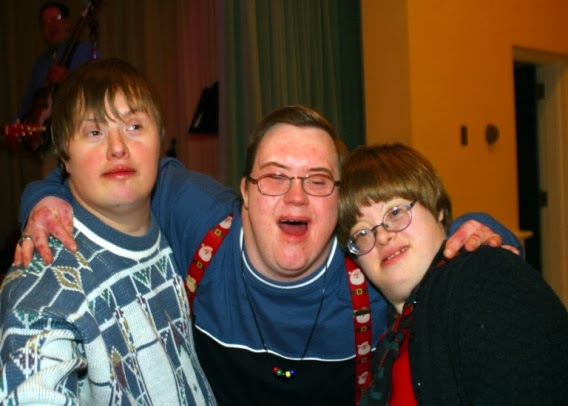 The first tenet of our Catholic Social Teaching:   Life and Dignity of the Human person.  “The Catholic Church proclaims that human life is sacred and that dignity of the human person is the foundation of a moral vision for society.”


Pope Emeritus Benedict XVI (the sixteenth) has written, “the protection of life in all its stages, from the first moment of conception until natural death is ‘not negotiable.’” 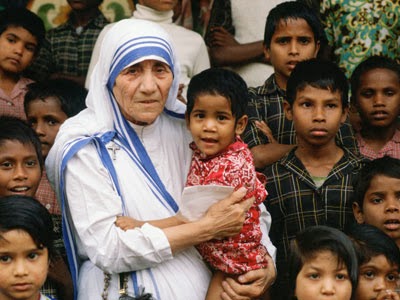 The fourth tenet of our Catholic Social Teaching:  Option for the Poor and Vulnerable.  “The Catholic Church teaches a basic moral test is how our most vulnerable members are faring.  In a society marred by deepening divisions between rich and poor, our Catholic tradition recalls the story of the Last Judgment (in Matthew’s Gospel) and instructs us to put the needs of the poor and vulnerable first.” 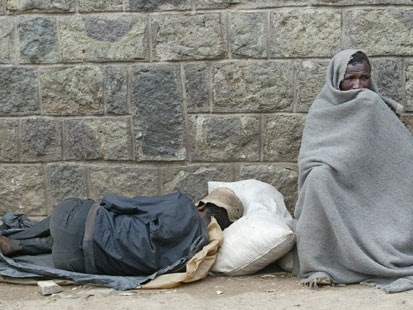 This is an ancient, yet new teaching.  And it is the voice of God echoing through the millennia from the first reading from the Prophet Isaiah, to the responsorial Psalm, to the words of Jesus in Matthew’s Gospel, to Dr. Jim Wither’s poignant example today.


I would encourage you to study our Catholic Social Teaching.


It’s our Catholic lamp for being light of the world.


It’s a way for our light to shine before others, so “that they may see our good deeds and glorify our heavenly Father.”

Posted by iServant Media at 7:34 AM No comments: