I recently was asked by a dear friend what she can do to help a homeless woman who lives on the streets near her home. She’s been taking her to the store for groceries, offering blankets and other needed survival items, but wanted to do more. 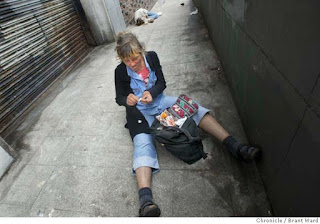 I told her the most important thing she can do is be her friend, walk with her, continue to offer her the ministry of your presence. This was the best medicine for her ailing new friend. Let her know she’s not alone.
This homeless person has one thing going for her: she now has a friend.
In the winter of 2005, L.A. Times columnist Steve Lopez was a writer in search of a good news story. He never expected that his life would be forever changed, or richly blessed, or that he’d have a new lifelong friend in a homeless man. 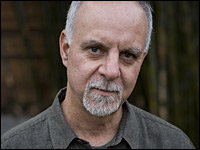 As he was sitting in a downtown Los Angeles park one sunny afternoon, he heard a homeless man playing a violin. The instrument only had a two strings on it, but the music being played was remarkably beautiful.
Lopez struck up a conversation with the man and quickly discerned he was mentally ill since his rapid fire speech made little sense and seemed completely disconnected from reality.

But the man did make a reference to once being a student at Julliard (Julliard is the nation’s premiere music school based in New York City).
Lopez thought, ‘Now that’s a good news story: A former Julliard student now living homeless on the streets of L.A. playing a violin.”
So after his brief encounter, the columnist contacted Julliard and found out that in fact Nathaniel Anthony Ayers had been a student there in the early 1970s, but dropped out after only a few years.
In his early 20’s, Nathaniel suffered a mental breakdown at Julliard due to the onset of schizophrenia. 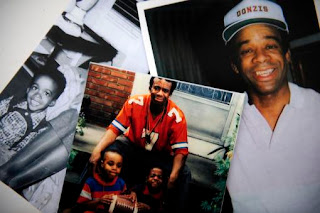 Since then, he’d been living on the streets, surviving day to day by raiding trash bins and living off the throwaways and scraps of our society of abundance.
No one chooses to be homeless.  It’s never a choice.  Life circumstances lead people to the streets: abuse in the home, addiction, mental illness, poverty.
Often, these people feel frightening to us. 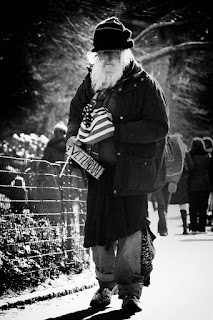 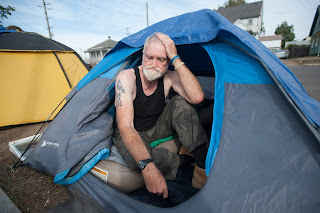 The problem of homelessness is huge here in the Pacific Northwest.  Our region has the third worst homeless problem in the nation.  And 97% of the homeless in our area are native Washingtonians.
Homelessness exploded on the American stage in the 1970s and 80s with the defunding of mental institutions. It exploded when broken men coming back from Vietnam found themselves rejected by America for an unpopular war. It exploded when some in the youth culture embraced hard drugs like heroin, becoming hopelessly addicted.
Most recently, it exploded with entire families forced from homes due to the Great Recession of 2008. 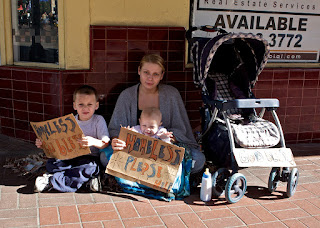 There are a million reasons why people live on the streets. There are no easy answers, no simple solutions to the problem.
Experts say the homeless crisis is not going to go away until we resolve as a society to provide permanent housing for our sisters and brothers living on the streets.  It will end when we have the political resolve to spend our tax dollars on drug treatment and mental health counseling. It will end when we start to truly SEE the people living on the streets as people -- instead of turning our heads, looking the other way and ignoring the problem. 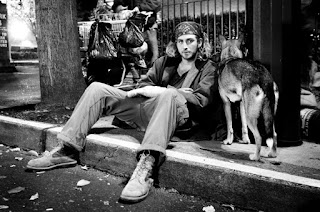 Some experts say, “It costs just 16-thousand dollars a person a year to provide an apartment and social and clinical services. It costs 100-thousand dollars a year if we leave people on the streets and they cycle through the public health system and jail. And when they cycle through they always land back on the sidewalk and there’s been no resolution to their long-term homelessness and no improvement to their health.”  Some experts say, “We can end street-dwelling homelessness in about two years with the right investment and in the short-run it will actually save taxpayer money.”

Steve Lopez ended up doing not just one story about Nathaniel, but a series of stories that touched the hearts of millions of people who have now seen the movie and read the book “The Soloist.” 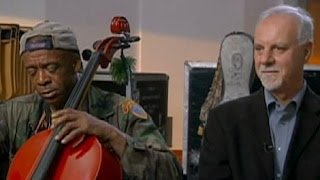 In one touching scene, Lopez finds his friend Nathaniel as he’s bedding down for the night amidst the chaos of the night streets of Skid Row.
As he’s preparing to go to sleep, the homeless man starts to pray for all the troubled men and women around him, the mass of humanity that occupy a few square blocks of downtown Los Angeles, “a lost colony of broken, homeless souls.” He prays a simple and poignant Our Father. 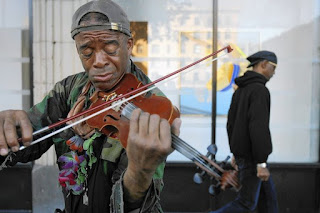 Lopez wrote of this scene in one of his columns, “Every night my friend Nathaniel tucks his instruments away and lays his head among the predators and hustlers, among fallen drunks, sprawled on the streets, as rats the size of meatloaves dart out of drains to feed off the squalor.  I tell him this is no place for him.”
A line from second reading from Revelation was read at a Memorial Service in our parish in February for Rudy, the homeless man who died on the streets of Everett.  Our homeless sisters and brothers were the sheep who heard the Good Shepherd’s voice with the line, “and God will wipe away every tear from their eyes.” 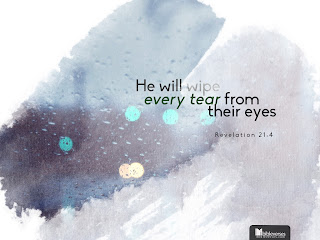 The promise of eternal life, a life free of pain and suffering is promised to us all, even our brothers and sisters living on the streets of our community.
As we heard in the first reading from Acts of the Apostles,
“For so the Lord has commanded us, ‘I have made you a light to the Gentiles, that you may be an instrument of salvation to the ends of the earth.’”
In the end, Mr. Lopez and Mr. Ayers became friends. And his homeless friend, thanks to the power of their friendship, no longer lives on the streets, but in permanent housing. 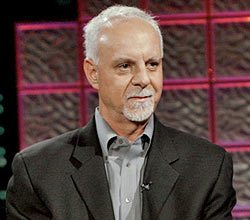 Steve blessed Nathaniel with the ministry of presence and the relationship richly blessed both of their lives.
The ministry of presence is what we offer every night to our sisters and brothers living on the streets at Operation Nightwatch in Seattle, in addition to peanut butter and jelly sandwiches, sleeping bags, backpacks filled with needed survival supplies, and socks.  Lots of socks. 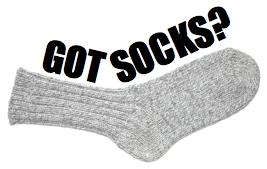 In September, we’re bringing this homeless street outreach ministry to Everett. We will initially base it out of our parish community.
If you’re interested in finding out more or being a part of this, we’re holding an information night on Wednesday, May 18th at 7pm at Hensen Hall next to Our Lady of Perpetual Help in Everett (Ceder and Everett Ave).
The idea of joining us on the streets may seem daunting or overwhelming to you. That’s OK. There many other ways you can help us behind the scenes. 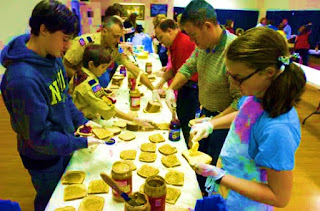 Families can help by making peanut butter and jelly sandwiches.  Students can help by launching sock drives at their schools.  Our prayer shawl ministry will be making hats and scarfs.
There are lots of ways to show loving presence to our homeless sisters and brothers besides being present to them on the streets.
This week also kicks off the Annual Catholic Appeal, the effort to fund the many ministries in this Archdiocese.  Among them is the Mission office which will be helping us to launch our homeless ministry.
The Annual Catholic Appeal also funds deacon and priest formation and many other important ministries in Western Washington.
Please give what you can to our Archbishop’s efforts.
The day will come when we all will be joined together amidst “a great multitude, which no one (can) count, from every nations, race, people and tongue.” 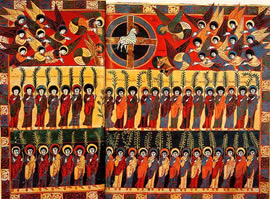 We will stand wearing our white robes, holding palm branches in our hands before the throne of the Lamb.
“The one who sits on the throne will shelter (us).  And (we) will not hunger or thirst anymore.”

Posted by iServant Media at 2:18 PM No comments: