Is It Death With Dignity? 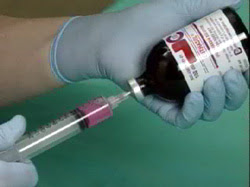 Euthanasia. When I was a child, I would hear this word, but never clearly understood its meaning. When my young brain eventually wrapped itself around the idea of “mercy killing,” I still thought euthanasia meant killing youths in Asia.

Deacon Pat set me straight as I approached my teen years. It started with his passion for a movie called “Soylent Green.” He thought it was “one of the most thought-provoking movies of our time” and encouraged a 12 year old to see it. Deacon Pat was a transitional deacon moving toward full ordination as a priest. He was young, hip and very cool for clergy. And when Deacon Pat endorsed a movie, I had to see it.

“Soylent Green” opened my eyes to the true meaning of euthanasia. The movie is about an overpopulated, dystopian future. The year is 2022. Society is filled with violence, food shortages and is undergoing a moral turning point. Death Centers are commonplace. Anyone who chooses can simply sign some simple paperwork and end their life in a painless, sterile way.

Food being in short supply, there is much starvation and food riots. The newest food to hit the marketplace is called “Soylent Green.” In the end, the shocking source of “Soylent Green” is revealed. In the classic line uttered by actor Charlton Heston during the final scene of the movie, we learn that, “Soylent Green is people!“ 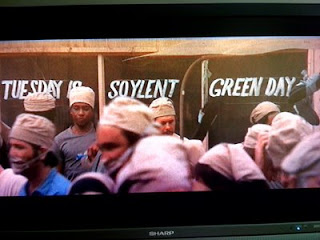 The reason Deacon Pat found the movie so intriguing was his belief that this could really happen someday. Death Centers, food shortages, organized cannibalism. 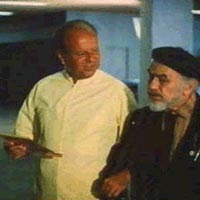 But the part that stuck with me most was the eerie idea of Death Centers. To me, a society that allowed the easy transition to the afterworld gave me the chills. Even more than the idea of a food source made from humans (which I considered preposterous), the idea of assisted suicide Death Centers seemed all too real a future to my heart. Perhaps this was God sounding the warning alarm in my soul.

I have experience with real suicide. My father took his life when I was 14, two years after I saw “Soylent Green.” I never connected the two until a good friend told me of his support of I-1000 in the summer of 2008. He was approaching his 80s and smoked cigarettes for nearly 50 years before quitting. In his 70s, he developed COPD (chronic obstructive pulmonary disease) or emphysema. By the time he shared his support of I-1000 with me, his disease had become chronic. He was dying a slow, painful death. His support of I-1000, the so-called “Death With Dignity” initiative, made perfect sense to me. In many ways, he was the father I lost when I was 14. My heart ached for his plight.

But inside, I felt this is all wrong. Assisted suicide is still suicide. We don’t get to choose when we enter this world. God decides. We should give God the same courtesy in how we exit this world.

The danger of assisted suicide now being legal is that our softening moral stance will eventually turn into Death Centers in the future. The alarm that sounded after seeing “Soylent Green” was ringing again and my heart told me I could never support such an initiative despite the desperate pleas of a good friend who was facing a painful end of life.

I understand the desire for a painless death. Who wants to suffer at the end of our long journey? The blessing of our time is the miracle of palliative care and the ability to manage pain as we slowly fade from this reality and into the next. 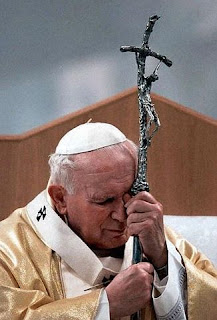 The Christian model of death and suffering was that of Pope John Paul II. Parkinson’s disease robbed him of his ability to function only in the final few months of his life. His painful decline was on display for all to see for more than a half decade before his death. His suffering was symbolic of Christ’s passion. Why is this idea of sharing the burden of the cross so difficult for many to embrace? Perhaps I’m the clueless one since I am not dying from an incurable disease.

The Vatican’s Declaration on Euthanasia (1980) states, “Life is a gift from God, and on the other hand, death is unavoidable.” Death should be accepted “with full responsibility and dignity. It is true that death marks the end of our earthly existence, but at the same time it opens the door to our immortal life.”

The dying person needs compassionate medical care, the love of family and friends and our support as their life’s journey comes to an end. As I think of and pray for my friend, I realize this is his life. These are his choices. My opinions matter not unless asked. Even then, I have to be careful in sharing my views in a non-judgmental manner. But as for my life, I hope to have the courage of my convictions when the end is near. I pray my strong feelings won’t give way in a moment of weakness to thoughts of an easy end.

End of life issues are among the most challenging for members of our faith struggling to keep God in the equation. To quote Catholic Morality expert Richard M. Gula, S.S., from his book “Reason Informed By Faith,” “Religious beliefs … too easily become dispensable baggage in the moral life, since moral choices can be defended on grounds other than religious ones.”

When wrestling with the practical moral question, “What ought I do?,” we need to use all of the tools at our disposal to reach a sound moral decision concerning our own life or the life of a loved one. These are complex, personal decisions requiring all of the facts, all of our minds and all of our hearts to do the right thing. Such matters are between families, doctors and God.

Our Catholic moral tradition gives guidance for people making such decisions. It is usually the patient, himself or herself, or designated family if the patient is incapacitated making an important choice about life-sustaining measures. The Vatican’s Declaration on Euthanasia defined “proportionate” versus “disproportionate” or “ordinary” versus “extraordinary” to denote obligatory versus optional means of life-support. A major difference does exist between these important decisions and a person’s decision to legally use a massive overdose to immediately end life.

Now that the assisted suicide measure I-1000 is the law of the land, I’m afraid the powerfully disturbing vision of Death Centers in “Soylent Green” will eventually become reality. Maybe not in ten years, or 20 or even 50 years, but the day will come when human life is reduced to such a clinical approach to the rhetoric “death with dignity.” The morally slippery slope will send society crashing down to a world where true human dignity vanishes. Death will become an easy out of our choosing. Lose your job and go bankrupt, cash in the chips and call it a good life. Have a loved one die, join them in Heaven. In our advertiser-driven culture, can’t you just hear the insipid commercials?

What a horrible world it will become.
Posted by iServant Media at 9:15 AM No comments: