The unsettling and violent finale of the film saga of J.K. Rowling's novels

The finale is epic, with a battle worthy of this saga of unequalled planetary success. The decisive meeting between the forces of good and evil is truly the final one, played out in an atmosphere that is almost too dark. The games of magic played by the baby wizards are a thing of the past. The little students of Hogwarts have grown up and the sorcery they learnt now serves to fight against the evil of the dark master and to save the world from his plans. They are fighting a real war. And risking their lives.

So goes the eighth and last movie chapter of J.K. Rowling’s saga, Harry Potter and the Deathly Hallows: the second part, which looks to be another blockbuster in a long series of blockbusters throughout the years, and which has seen the participation of some of the best English actors. Fans of the saga already know everything: for them, the challenge is to compare how faithful the film is to the book. So far, they haven’t complained and we believe they will not have reason to with this film either. But a film has its own rules and even if it is faithful to the book, it may not be fascinating, as happened with the first part of the Deathly Hallows – which did not live up to previous films, possibly because it was decided to divide it into two parts. Director David Yates, who also directed the three previous Potter films, seems to have taken the criticism on board and does not repeat the same errors this time. Beginning with the length of the film, which is the shortest of all eight. Shortening the film has done it great favors, along with calibrated special effects and tight editing. 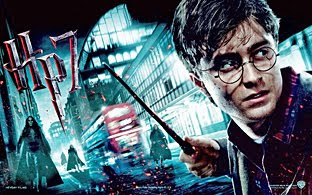 The atmosphere of the last few episodes which had become increasingly dark and ominous, reaches its pinnacle in this last film with Hogwarts reduced to smoldering rubble. Something which may not please everyone and may create unease for the smallest spectators, as happened in the previous installment. Death, which before was a rare occurrence, here is a protagonist. This violence may not be welcomed or suitable for everyone.

As for the content, evil is never presented as fascinating or attractive in the saga, but the values of friendship and of sacrifice are highlighted. In a unique and long story of formation, through painful passages of dealing with death and loss, the hero and his companions mature from the lightheartedness of infancy to the complex reality of adulthood.