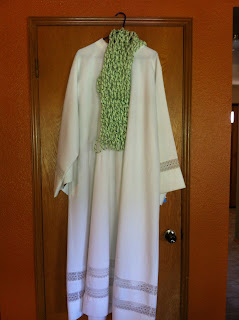 You might notice the alb I’m wearing is a little big on me.

Clearly, it’s an imperfect fit.
The alb belonged to a favorite uncle, my Uncle Frank, known to the people of Great Falls, Glendive and Billings, Montana, as Father Frank Kelly.
He was ordained a priest in the Diocese of Great Falls-Billings. 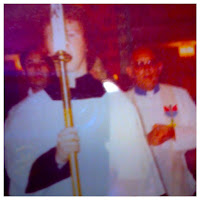 I had the honor to serve both as an altar server at his ordination 40 years ago and as deacon at his funeral Mass four years ago with Bishop Michael Warfel.
This alb is a gift from my Montana Kelly family members. They felt Father Frank’s alb would be put to good use by his nephew the deacon. 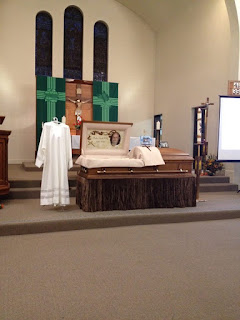 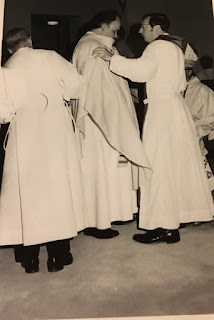 According to the Vatican website, the alb recalls the immaculate clothing we all receive at baptism and is a symbol of the sanctifying grace received in this sacrament. It’s also considered a symbol of the purity of heart needed to enter heaven.
When we put on the alb, we are encouraged by our Church to recite the following Vesting Prayer:
“Make me white, O Lord, and cleanse my heart; that being made white in the Blood of the Lamb I may deserve an eternal reward.”
A powerful prayer, again showing that perfection only comes from the Lord.
I bring this up for a reason.
We heard today the powerful and prophetic words of priest, prophet and mystic Ezekiel to his fellow Israelites in exile in Babylon.

The prophet was made a watchman by God, a sentinel to warn the people of pending danger. In this passage, God calls Ezekiel to confront wickedness and warn the wicked of their sinful ways.
We live in a wicked world. We live in a world full of sin. We live in a world that strives to create human perfection, strives to play God. This is the height of human wickedness today.
Perhaps you read the news about Iceland’s efforts to eradicate Down syndrome through the use of abortion.
Doctors there counsel women who have a Down syndrome pregnancy to abort the child. 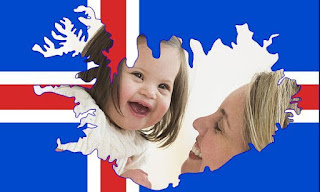 One doctor tells women who are wrestling with the decision or feelings of guilt: "This is your life — you have the right to choose how your life will look like."
This same doctor says this about the practice, "We don't look at abortion as a murder. We look at it as a thing that we ended. We ended a possible life that may have had a huge complication... preventing suffering for the child and for the family. And I think that is more right than seeing it as a murder."

Chilling, isn’t it?
Sadly, it should come as no surprise from the Culture of Death.
But we Catholics are called to build up a Culture of Life, valuing all life from conception to natural death.
This means our Church stands against abortion, against euthanasia, against the death penalty.
Tragically, in our fallen world, some embrace these evils.
The head of Heartbeat International says “parents whose children have Down syndrome … need love and support – not abortion.” 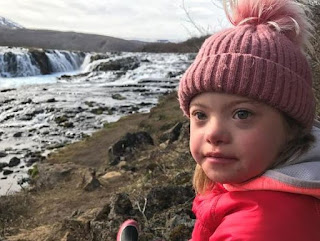 This Pro-Life leader says, “As anyone who knows a person with Down syndrome can tell you, these beautiful people are an absolute joy to their families and communities. The world grows exponentially poorer (if we end life) for the ‘crime’ of failing to match up to our self-aggrandizing expectations,” our attempts to create human perfection, our attempts to play God.
If this wicked mindset catches on around the world, we might not have the lifesaving heroics of Italian teenager Valerio Catoia. 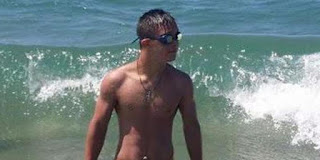 The 17-year-old took up swimming at age three to develop muscle strength. He has Down syndrome. Valerio went on to become a Special Olympics swimmer and is now an overnight hero in Italy.
He’s credited with noticing two young girls struggling in the surf and crying out for help at a local beach. Jumping in, he saved them from death. Valerio knew just what to do thanks to training from a first aid course. 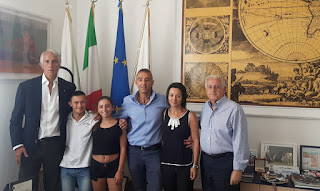 The event made headlines all over Italy. The Italian Sports Minister congratulated him. The former Italian Prime Minister praised the boy’s bravery, saying, Italy should feel proud to have citizens like Valerio. 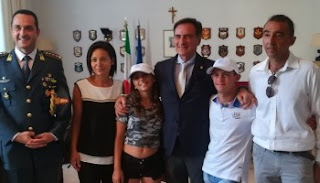 The event didn’t change the boy one bit; he’s still the same humble kid. But it did change attitudes toward people with Down syndrome in Italy and around the world.
Our response to what Iceland is doing might be to get angry and vent – especially on social media.
But I encourage us to resist this temptation and remember what St. Paul told us today.
Instead, do something in the name of love, by becoming a part of 40-Days for Life, or volunteering or supporting such wonderful organizations as Pregnancy Aid or Prepares. 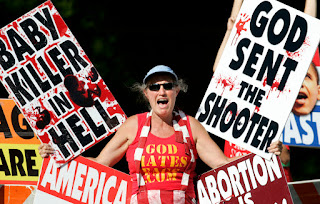 We Catholics must speak out against this wickedness.  But we must do so in love. When we respond with hateful language, anger and condemnation we fail to bring Christ to the world.
A more loving response will not only be more effective with those weighing such a difficult decision, but also bring more people to Christ.
What we must never do is condemn those who chose abortion. Judgment is best left to God.
After all, women who chose abortion did not sin against us personally. 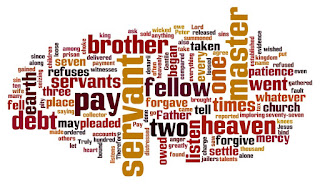 And that’s what Jesus is talking about in today’s Gospel message. He’s proposing a beautiful process of reconciliation for members of the Church, reconciliation that promotes healing.
We are listening to His words just before he shares the parable of the unforgiving servant. Remember, Peter is about to ask, “Lord, if my brother sins against me, how often must I forgive him?”  And Jesus tells him, “not seven times but seventy-seven times.”

In other words, our forgiveness should know no limits.  We should always lead with forgiveness no matter what someone says or does to us.
Jesus says if reconciliation fails, treat them as “a Gentile or tax collector.”  What is not clear here is whether Jesus means to “exclude the person or emulate (his) practice of befriending such people.”
My guess is Jesus is advocating that we be willing to sit down and break bread together, even while working out our differences.  And to do so privately and never in public.
What a refreshing way to handle conflict resolution. What a divine way to handle reconciliation.  What a beautiful way to bring Jesus to our broken humanity.
In other words, as Christians, we are called to love and forgive first as we call sinners to repentance. 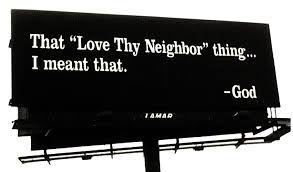 St. Paul reminds us, “Love does no evil to the neighbor; hence, love is the fulfillment of the law.”
Or as Catholic writer and mystic Thomas Merton puts it: “Our job is to love others without stopping to inquire whether or not they are worthy."
Love is perfection. We mortal humans are all imperfect (just like the fit of this alb).  Perfection comes from God alone. 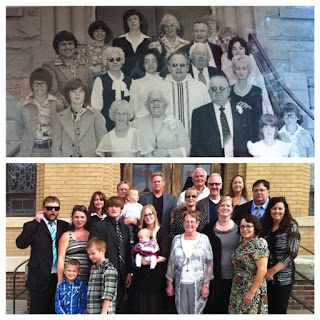 Posted by iServant Media at 2:33 PM No comments: