Thy Kingdom Come... thanks to the Salvation Army

From the Seattle Times
By Maureen O'Hagan
---

Alicia Daniel could be your sister. She could be the nice woman next door. She's bubbly and warm, a nurse's aide who wants to become a physical therapist. To look at her, she's not that different from you and me.

Which makes it all the more disconcerting when you learn that last year, she found herself homeless.

Drugs didn't get her there. It wasn't alcohol, either. Mostly, it was bad luck — that and the vagaries of starting life in a new city, thousands of miles from friends and family, and believing in something that, it turns out, was too good to be true.

The Salvation Army, one of 13 charities supported by The Seattle Times Fund for the Needy campaign, helped her get back on her feet.

"I got help on issues I've had all my life," the West Seattle woman said. She says over and over how grateful she is.

Her connection to The Salvation Army began with a car. It was a Jetta, she doesn't know the year. But in July 2009, it was the only place she could call home.

"That's the last thing I would think would happen to me," she said. "I always worked. I always had a place."

She had arrived in Washington less than a year earlier, hopeful and eager. Back in Florida, where she grew up, a marketing company had offered her a job heading up a new office here. The company also owned an apartment it offered to rent to her.

What an opportunity, Daniel thought! Friends were skeptical.

"I believed in the company," Daniel said. She also saw a chance to get far away from an abusive boyfriend.

Daniel remembers his threats, beatings and promises to do better. She remembers believing him — only to get more of the same.

It's a typical story of abuse, but Daniel didn't understand that at the time. He had convinced her the problem, in fact, was her.

She felt worthless, and it showed.

The marketing job turned into a bust. It became a black hole, sucking up her time, her hope and her savings. She said she wound up working six or seven days a week for small commissions.

"They sold me a big dream," Daniel said.

The day she quit, she lost her job and her housing. She had met a new boyfriend in Seattle, but he was struggling financially, too. They piled their stuff into his Jetta and felt trapped.

Daniel had entered a new world — the world of the hidden homeless. Parked in out-of-the-way corners, she saw people who made her start the engine and drive away. But she also met people who wanted to help, sharing food or advice or just listening. They were old or young, working or unemployed, strong or sick. She saw people who seemed like her.

"For the most part, homeless people do make a really sweet community," she said. "You just stick together. You don't judge each other."

But she knew she couldn't do it for long. The summer heat meant they had to keep the windows down. She would lie awake in fear. She was consumed by shame. 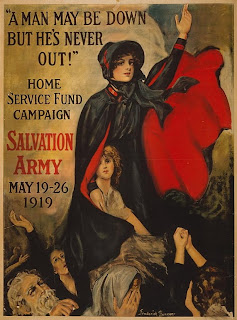 "Your head isn't even clear," she recalled. "You can't think where to go. You're just in despair."

She asked herself: "How could I get so low?"

Calling shelters every day, she learned there aren't enough beds to meet the need. Eventually, The Salvation Army women's shelter had an opening.

In addition to shelters, The Salvation Army in Western Washington provides counseling, training, substance-abuse rehabilitation, food and rent assistance and other services to people in need.

The shelter didn't just put a roof over her head. The staff there put her through some hard work. That meant digging down to figure out how she got into this mess in the first place, she said. Counselors talked to her about domestic violence and patterns of behavior. They noted how often she put herself down, how she didn't think she could succeed.

Salvation Army counselors helped her make goals and figure out the steps to reach them. One by one, she checked them off.

Daniel got a job on her own, as a part-time home-health-care aide. Her main goal was moving into her own apartment, but on her salary, it was going to take a while to come up with a security deposit, plus first and last month's rent.

Then she learned about a Salvation Army program that would pay part of her security deposit. The agency also contributes toward the rent, decreasing the subsidy as the client becomes more self-sufficient. Last March, Daniel moved out of the shelter and into an apartment.

Recently, she was able to cut that financial tie with The Salvation Army.

In the 18 months since she moved into the Jetta, she's become a certified nursing assistant and taken specialty classes in the field. She hopes to get a hospital job, where the hours are steadier and the pay higher. In the meantime, she's thrilled.

"I love my work!" she exclaimed. "I get to help people. I get to tell them they can do it.

She still checks in monthly with her case manager at The Salvation Army, and they're still keeping her to her goals.

"Let them know how good they've been to me and how much they've helped," she said. About the program: The Salvation Army serves nearly 400,000 people annually in Western Washington. It provides a variety of services, including rent assistance, a food pantry, clothing, day-care services, summer camps, services for the aging, shelters for battered women and children, family and career counseling, vocational training, and substance-abuse rehabilitation.
Current donation needs: Cash donations can be put to the best use at the agency, but donations to the food pantry are also appreciated.

• $100 helps a family in crisis avoid eviction while a case manager helps them reach stability.

Source: The Salvation Army
Posted by iServant Media at 3:20 PM No comments: