Perhaps lost in the holiday hustle and bustle was something all Catholics are called to read, reflect on and take action.

In mid-November, the three Bishops and Archbishop of Washington released a Pastoral Letter entitled, “Who is my Neighbor?   The Face of Poverty in Washington State.” (Click on LINK to see Archbishop/Bishop's letter and other materials) 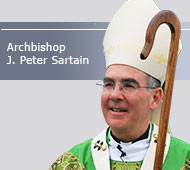 The Bishops are expressing their concern that poverty is reaching “crisis proportions.” Our Archbishop and his fellow Bishops are calling on all people (Catholic and non-Catholic) to take direct action in solidarity with those who are homeless, mentally ill, addicted and hungry.”
I’m reminded of something we saw on the streets the other night while serving our homeless brothers and sisters.
This beautiful act of human compassion was done by someone right here in our own parish community. Perhaps you know him?
Or at least have seen him over the years.  His name is Kevin and he lives on the streets.
I’ve heard young people refer to Kevin as skinny Santa Claus due to his long white hair and beard.
What he did will touch your heart. 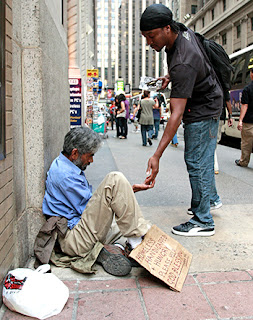 Kevin is a baptized Catholic. He used to be an altar server back in the day.  That’s why he comes to Mass each week.
His baptism makes him Priest, Prophet and King in our Christian faith. His Catholic faith is what prompted him to lovingly do what he did.
Kevin has been sanctified in Christ Jesus, and is called holy; as St. Paul reminds us we all are in today’s Letter to the Corinthians.
He is a servant through whom God shows His glory, to use today’s words of the Prophet Isaiah.  Kevin is a light to the nations, helping show how God’s salvation reaches to the ends of the earth.
Today, our Church pulls out the Gospel of John showing John the Baptist baptizing Jesus in the River Jordan.  As John is baptizing the “Lamb of God who takes away the sin of the world,” he sees, “the Spirit come down like a dove from heaven and remain upon him.”  John is the first to declare Jesus the Son of God. 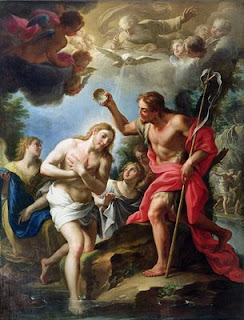 What did John the Baptist look like?  The bible says John was dressed in clothing of camel’s hair and a leather belt.  “John's hair was very long… with a (long) beard.”  John also lived homeless, feeding on whatever he could find; mostly locusts and wild honey.
This description sounds like a homeless person in today’s society. This description sounds a little like our friend and fellow parishioner Kevin.
John’s sole role was to prepare the way of the Lord, help call people to own up to their own sinfulness and to wash away their sins in baptism in the River Jordan.
John was committed to social justice and the plight of the poor and called his Jewish brothers and sisters to hear their cries and act.
The tradition of our own two-thousand year old baptism rite comes directly from what John did to Jesus and others.
Back to the Bishops letter, we the baptized and especially “those who enjoy material necessities of life” are called to “stop and look into the face of poverty” and “recognize that ‘the poor’ are not strangers. They are our sisters and brothers, members of our human family.” 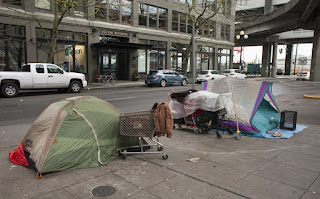 We are called to learn from the poor. Enter into relationship with the poor. Advocate for the poor. And serve the poor.
The Bishops said this, “Some things are best addressed by individuals, families, churches and charities; but when problems such as homelessness, hunger, drug addiction and mental illness are common to every community, it is A just and reasonable expectation that society will act cooperatively to address these problems.”
The Bishops added, “It is not our intention to prescribe specific policy options, but to propose a moral basis for determining whether public policies serve justice.” 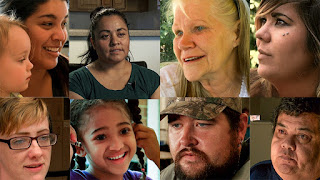 So what are we Catholics asked to do?   Advocate “on behalf of those who lack the basic rights of food and shelter, access to health care, a living wage and education and to ask difficult questions and search for solutions.”
We are called to follow in the footsteps of Jesus, walking with, loving and healing those on the margins, those who are outcasts. 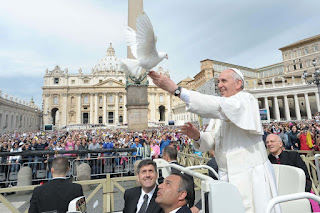 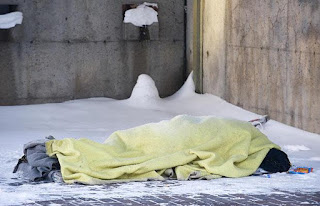 The man was clearly going through withdrawals from a drug addiction.  Kevin was talking to him and trying to get the man to stay by him.
Our group arrived with a car loaded with FEMA emergency blankets, food and water.  We spotted Kevin and grabbed blankets to help keep him warm in the frigid weather.
The young man refused blankets and didn’t want much to do with us. He was pretty out of it.  But Kevin insisted we give a blanket to his neighbor, and food and water. We did as Kevin commanded. And watched as he lovingly took care of the man.
A group of Everett high school students, including a young parishioner from our community, were out that night handing out bowls of hot chili to our friends on the streets.
This scene should help remind us of what the Bishops letter is all about. We are all neighbors. 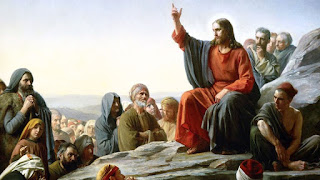 We are all called by God to love our neighbors as ourselves. It is not our place to justify ourselves by asking what the scholar of the Law who tested Jesus asked, “And who is my neighbor?”
As we recall, Jesus shared with the man the story of the Good Samaritan.  While the priest and Levite (or deacon) passed by the man beaten by robbers and laying on the side of the road, the Samaritan, (an outcast in the Jewish world) stopped and tended to the man.
When the scholar of the Law is asked by Jesus, “Which…, in your opinion, was neighbor to the robbers’ victim?”  He answered, “The one who treated him with mercy.” Jesus said to him, “Go and do likewise.” 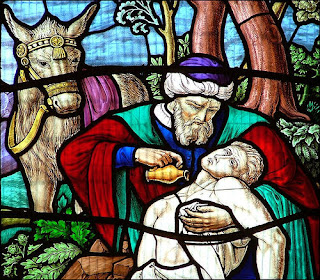 “Who is my Neighbor?”
Kevin knows.  The young people from Everett High School know.
The question from our Bishops is do you?


And even if you do know, what direct action are you going to take to help with this crisis?

Posted by iServant Media at 1:21 PM No comments: