Homily - Exaltation of the Holy Cross


What is it about these Christians exalting an instrument of torture?

That’s exactly what we’re doing this weekend as we commemorate the feast day of the Exaltation of the Holy Cross.
We are rejoicing in something so terrible, yet so beautiful.
I’m sure this is confusing to non-Christians all over the world.  It even was confusing to Jews in the early Christian Church.

I had an interesting experience this past week while speaking to our new International students at Archbishop Murphy High School as we prepared them for participation in our Joy and Hope Mass celebrated Wednesday. 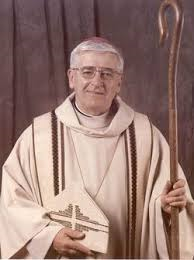 Our namesake Archbishop Thomas J. Murphy had the Episcopal motto:  “In Christ there is Joy and Hope.”  His birthday is coming up in a few weeks and our first all school Mass was a beautiful way to celebrate his belief that Christ is our source of all human joy and hope.
Most of our International students are from China and claim no faith tradition.
To a young person from Asia, Christianity probably seems odd.
An explanation of how Catholics believe the living presence of Jesus, the son of God, is truly found in the Eucharist produced astonished looks, laughter and heads shaken in disbelief. 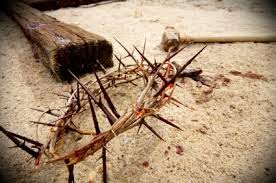 This weekend we all get to wrap our heads around how a device of torture and death is a means of redemption for the whole human race, a living symbol of our salvation. 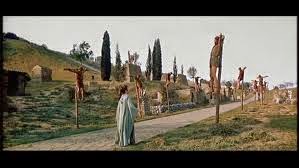 The cross was used by Rome to keep conquered cultures in line. It stood outside many city walls in the Roman Empire, adorned only with decaying human corpses. It was the terror method of its day.
For Jews, the cross was a stumbling block in the early Christian Church to understanding the divinity of Christ.  How could the Jewish messiah, the expected one, who would lead the people of Israel out of centuries of oppression at the hands of so many evil empires, be killed on the cross?  How could God let this happen? 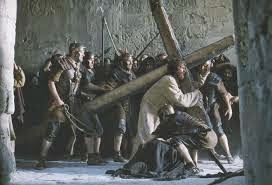 These thoughts brought much shame, disgrace and misunderstanding to so many in the Jewish world two thousand years ago.
For us today who take the cross and its symbol of our salvation for granted, we must remember that it took a long while for early Christians to understand how a tool of evil and darkness could become a symbol of holiness and light.
The Gospel of John gives us today the key to understanding this transformation:  God so loves every human creature that He gave us His only son to save us from the pits of Hell, to put an end to death forever and bring about eternal life for all who believe.
Here’s an interesting fact you may or may not know.  When the Catholic Church gets serious it pulls out the Gospel of John. 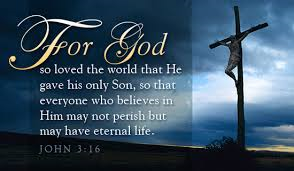 Christmas, Easter and many other important dates on our liturgical calendar, the Gospel is John is the Gold Standard.
This weekend, as we celebrate the Exaltation of the Holy Cross, we hear one of John’s most-quoted passages.  In fact, it’s so popular that for decades we’ve seen it on posters at sporting events both here and around the world -- John 3:16:
“For God so loved the world that he gave his only Son, so that everyone who believes in him might not perish, but might have eternal life.”
In the Gospels, this is what is called a greatest hit -- a passage so often used that many Christians can quote it from memory. 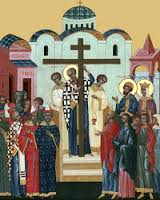 How interesting it appears this Sunday!   How interesting it appears on a weekend we honor something that created so much shame, so much disgrace, so much misunderstanding to early Christians.
It’s an amazing and beautiful paradox; something that is seen one way as evil and terrible, but when looked at in another way appears life-giving and wondrous. 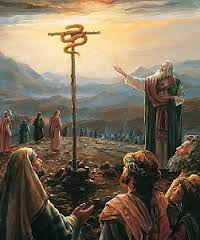 In our first reading from Numbers we hear a paradoxical story of the people of Israel asking for God’s deliverance from bad food, harsh desert conditions and an abundance of serpents.  How interesting that Moses prayed for the people and the Lord told him to “Make a saraph (a type of venomous snake) and mount it on a pole, and if any who have been bitten look at it, they will live.”
A snake that takes away lives is replaced by a snake that is a symbol of life.
I’m sure you’ve read the news about the recent beheadings of Americans at the hands of the terror group ISIS. 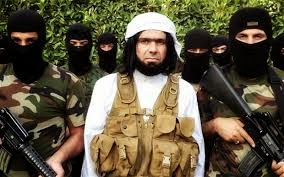 Or read about the slaughter of Christians and other religious minorities by terrorists labeled as “diabolical” by a leading Catholic scholar on Islam.
This is a group hell-bent on imposing its will to dominate the whole world with its methods of terror and vows to kill anyone who does not submit to its narrow interpretation of the teachings of the Prophet Mohammed.
But remember, in Christ there is Joy and Hope.
American journalist James Foley understood that.  This devout Catholic reportedly regularly prayed the rosary while in captivity.  He was the first American executed by ISIS. 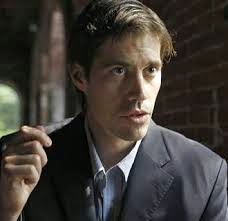 Foley wrote an email to a friend after being released from captivity in 2011 in Libya.  I think it shows how strong his faith grew during his imprisonment.  I’d like to share it with you:
“I’m writing to thank you for your efforts to publicize my captivity.  My family and I are forever grateful.  It meant so much to my family to provide a platform to reach others who helped secure our release.
While I was in captivity, I was unaware of the tremendous efforts that were being made on my behalf.  I prayed to be permitted to call my mother and let her know I was all right.  When I was finally able to call home my mother told me that (my alma mater) Marquette University was holding a prayer vigil for me and that my friends from Marquette were constantly calling her in support. 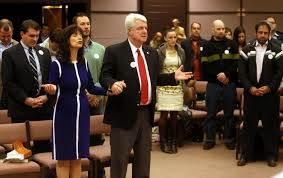 These words boosted my spirit tremendously for the final weeks of in captivity.

I hadn’t truly lived the values of seeing God in all people and things until my freedom was taken from me for 44 days.  I prayed every day that my family would know I was alive and for the soul of our colleague (the photographer Anton Hammerl) who was killed.  I was truly humbled and broken.  But the faith of so many kept my spirits alive and the series of miracles that led to my actual release cannot be described as anything but.”
In Christ there is Joy and Hope. 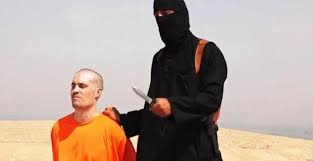 Last month, James Foley was videotaped kneeling in a bright orange prison jumpsuit before a man dressed all in black who said a few words then beheaded this Catholic journalist on a video posted all over the internet.
When the Gospel of John today talks about the Son of Man being lifted up it refers to both the cross and to heaven.  As Jesus returns to the Father, the cross is “the first step on the ladder of the ascension.” But “take way the Cross and Christianity is nonsense.” 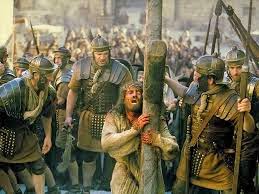 We may see evil and darkness in the Cross James Foley carried on his final day on earth.  But the light of Christ burned brightly in his heart.  The forces of darkness may have taken his life, but we all should find joy and hope in James Foley’s belief in God, and trust in Jesus.
There are some calling Foley the first Christian martyr of this conflict.
What can we do in the face of such evil and cruelty?
Let our prayers be for those living under the oppression of terror the world over and those who are its victims.
Let our actions be of kindness, love and compassion to counter this cruelty, hate and violence.
Let our voices not be complacently silent, but speaking out loudly against these forces and their diabolical agenda. 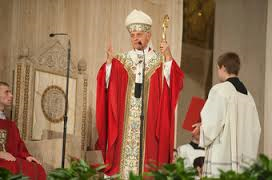 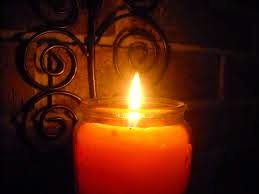 May the light of Christ shine on those who dwell in darkness and the shadow of death.   And may they find joy and hope amidst an abundance of evil and despair.
Posted by iServant Media at 2:08 PM No comments: