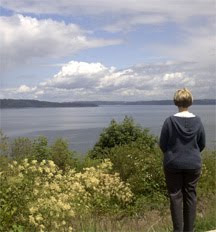 One of the greatest gifts to come from my faith journey in recent years is the gift of a spiritual director.

I'm blessed with the experience of two over the past two years in deacon formation. Sadly, my first spiritual director moved out of state ending a spiritually helpful relationship early on in my path toward the diaconate. Fortunately, the Holy Spirit guided me to the second spiritual director who is a tremendous guide to finding God at work in my life.

This recent PBS story on Spiritual Directors looks into the world of spiritual direction and shows the universality of spiritual journeys. One of the main subjects of the story is a well-known local spiritual director Sister Joyce Cox. Sister Joyce is our educator on spiritual formation and prayer in the deacon formation program and a fitting subject for the story. She regularly hosts retreats on prayer at the Palisades Retreat Center in Federal Way.

We are all on a spiritual journey. It took me many years to understand the quiet whisper that existed in my heart was the voice of God. Having someone to walk with us and help us to more clearly hear the whisper is the role of a spiritual director.

It doesn't matter what your faith, if you find the right spiritual director for you, the whisper can turn into a loud and clear voice. 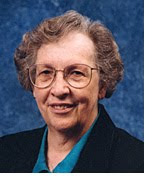 Posted by iServant Media at 10:00 AM No comments:

Africa - Up Close And Personal

My heart sings when I see the Kingdom of God being built around the globe. With modern technology, the story can now be told to the world in a way that allows us all to see, feel and hear while it's happening.

Mocha Club is an incredible charity concept doing wonderful things in Africa. Web reporters Daniel Skiffington and Charlie Beck are traveling around Africa with a video camera and computer telling Mocha Club's story. Here is just an example of their efforts.

Beyond the Shame: Webisode 11 from Mocha Club on Vimeo.

So, what is Mocha Club all about?

Who We Are from Mocha Club on Vimeo.

Skiff and Char's journey is nearing its end. But you can experience what they experienced by watching each webisode.

As someone whose life was changed by a journey to Africa in 1987, I encourage you to experience the real Africa. The need is tremendous. Please give what you can. You can change the world.
Posted by iServant Media at 9:53 AM 1 comment:

Let Us Not Forget Haiti - Please Give Today

(CNS)—Nerlande Majeur is beginning to wonder when the help will arrive.

Among an estimated 2,000 people crowded into a field on the grounds of Our Lady of Lourdes Parish in the Cite Militaire neighborhood, Majeur said no aid—except a few dozen tents the church's pastor was able to get as a donation—has arrived at the ramshackle camp.

"I'm not feeling good about not getting help," she said.

While a clinic staffed by volunteers from Youth With a Mission, an international, interdenominational volunteer organization, provides basic medical care for camp residents, not much else in the way of assistance has made its way to Our Lady of Lourdes, several residents told Catholic News Service.

Since they took up residence in the field hours after the Jan. 12 earthquake, Majeur and numerous neighbors regularly see military helicopters flying overhead and hear the planes flying into and out of the Port-au-Prince airport, a little more than a mile away.

At times, several camp residents said, U.N. trucks and four-wheel drive vehicles carrying logos of various aid agencies pass by. But not one, people said time and again, has turned into the long driveway leading to the church.

Not even the large black spray-painted messages adorning the concrete block walls on both sides of the driveway identifying the grounds as "Temporary Shelter #31" have helped.

"The only thing we've gotten is some food and some tents," said Philistine Felix, who was fortunate enough to get a nylon tent. "Friends are helping too. That's the only help we get.
"We're living by faith," Felix said as he walks away.

Dalida Milon, 28, and her cousin, Manie Michella, 29, both said they feel frustrated about their situation.

Jean Louis Margaret, 34, has tried to make the best of the situation by selling a few food items such as spaghetti, corn curls, juice, vegetable oil and sweet snacks salvaged from the small business she ran from her home in Cite Militaire. The money helps buy food for three of her four children, Nerlande, 14, Daphka, 10 and Donald, 8. A 15-year-old daughter died in the earthquake and was buried in a mass grave.

Margaret recalled that officials of some sort—she did not know from where—arrived at the parish grounds at one point and gathered information from the campers and passed out cards. For what, she did not know. She has not seen them since.

Despite the feeling of being forgotten, many of the residents at Our Lady of Lourdes have bonded together to help one another with food, clothing and assistance in securing their makeshift shelters.

A few residents also said if they were able to get decent shelter, the strong feeling of insecurity they harbor would ease a bit.

In their pleas for help, the residents also urged the world to find a way to begin to rebuild Haiti as soon as possible.

One resident, John Benes Louis Jeune, 30, a teacher at a school he ran until it was destroyed in the quake, called for a sustained response from the world. Without such a commitment, he said he fears that Haiti will die.

It will take a sustained commitment from the world—at least 25 years, he estimated—for his homeland to be rebuilt.

"We must think about many years out, not short term," he said.

"We do need assistance. If Port-au-Prince is dead, if the head is dead, the body is dead," he said. "Everywhere the country is down with no more hope. If the international community doesn't come to see the situation, Haiti will die."
Posted by iServant Media at 8:30 AM No comments: