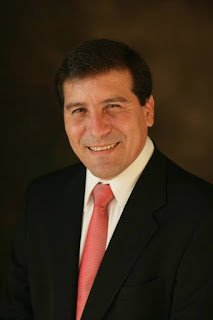 Deacon Jose Alfredo Blakely-Perez was born in nearby Ciudad Madero, Mexico. He got his Bachelor’s degree at the Monterrey Institute of Technology and went to work at a local company in Monterrey where he met the girl of his dreams. The two eventually married and moved to Canada, to pursue advanced degrees. Jose eventually attained a PhD in Computer Science, and even taught for a time at Indiana University in Bloomington.
24-years ago, Jose went to work at Microsoft as a software architect and later became a senior executive. He led a brilliant career there. In fact, he holds 19 patents for his work at Microsoft.
He was a faithful, practicing Catholic, but wanted to do more for his Church. 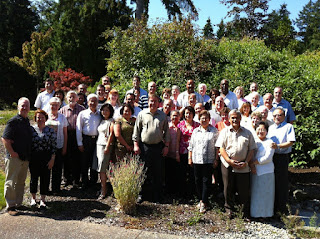 So, he became involved in, and eventually a leader, in the Cursillo Movement of adult retreats. There, he felt called by God to the diaconate and entered the long, grueling five year formation.
Once ordained with our class, Deacon Jose served at St. Brendan’s Catholic Church in Bothell for five years until his death in early January.
On January 12th, his Memorial Mass was held before a crowd packed to overflowing at St. Brendan’s. Archbishop Sartain presided, along with concelebrants Bishop Eusebio, and a few close priest friends of Deacon Jose and his wife Luci, and over 30 deacons, including most of his classmates. 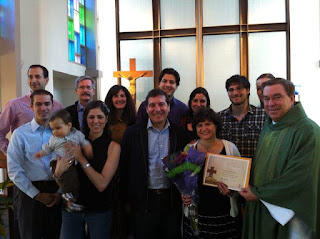 Father Steve Sallis and Jose’s 29-year-old son Alfredo (himself a PhD candidate in Genome Science and Technology at the University of Tennessee in Knoxville) both gave beautiful, moving eulogies about an amazing man who died way too young.
Our deacon class wanted someone to be present to Deacon Jose’s wife Lucinda, son Alfredo, and their family as they took Jose home to his final resting place. After much discussion, I was asked to go. 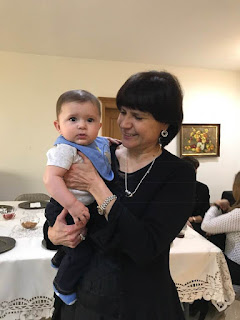 At first, I must admit to being a little fearful and nervous about traveling to northern Mexico. The area is under a U.S. State Department travel advisory for dangerous criminal activity. But what I found in Monterrey was nothing like what I expected. I found a sprawling city of eight million people, a modern city, a proud city, known as being the heart of industry in Mexico.
I think we’re fearful of a lot in our country. Fearful of people who are just like us, but who live south of the border. There’s even talk of building a wall between our two countries.
We are so fearful of the world, a fear that mostly comes from ignorance.
Fear is what drove the Israelites to create special rules for people with leprosy. They were to declare themselves “unclean” and were banished from the community. The Israelites believed the disease was a divine punishment by God for a sinful life. 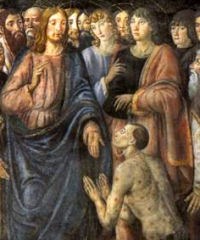 Jesus knew this was nonsense – and broke the rules to heal the man with leprosy. Jesus saw beyond the reality created by His society, to the real human dignity of a man standing before him who believed in a miracle.
Imagine the fear of the Apostles, and the crowd around them, as a leper approaches Jesus and asks to be “made clean.” Jesus did not fear. He even did what was forbidden by the rules of his Jewish faith. He reached out, touched the man and healed him.
Do we sometimes insulate ourselves from the suffering of others out of fear? What would Jesus say about how we treat others we consider outcasts in our society? Are our actions or inactions driven by our fears?
Ever heard of Denver Moore? Denver was a homeless man living in the streets near the Union Gospel Mission in Fort Worth, Texas. 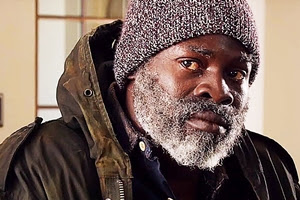 He was born in Louisiana in the 30s and lived a hard life as a boy in the cotton fields of the Jim Crow South. Denver once tried to help the mother of a friend, a white woman, whose car had broken down. Some white men came upon the scene, tied a rope around Denver and dragged him around for several miles. He survived and left town on a train, hoping to find a better place.  But he didn't.

Denver became an angry man, a scary man, a homeless man known for violent outbursts, usually while carrying a baseball bat.
But one woman saw beyond her own fears to the heart and soul of a man needing Jesus’ healing. She imitated Christ with her life. In fact, in a dream, Debbie Hall saw this very man and knew he would do something miraculous to change what people thought about homelessness in her city. 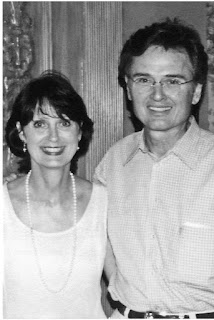 Debbie Hall and her husband Ron volunteered at the Union Gospel Mission feeding those experiencing homelessness.  Debbie was an eager volunteer, her husband Ron, not so much. He was scared to even park his car in the neighborhood.
When they both met Denver for the first time, he broke into the feed swinging his trademark baseball bat, breaking glass windows and smashing tables, angry because someone stole something from his encampment.
Debbie told Ron, “That’s the man from my dream!  That’s the man who is going change everything!”
So, Ron reluctantly went after him. Afraid and cautious, he asked the man his name: Denver Moore. He then asked Denver if he could be a little friendlier at the shelter feed. To which Denver said, “You wanna be my friend? I’m gonna have to think about that.”
Over time, Ron and Debbie got to know Denver, and Denver began to change. He was no longer scary or angry or violent. He started dressing and acting differently. 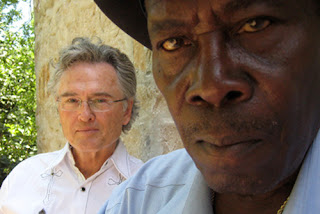 Denver warned Ron to keep an eye on Miss Debbie. He said she was very precious in the eyes of God, and the devil was making her his target. Shortly after that conversation, Debbie was diagnosed with incurable cancer. But she kept coming to the Mission several times a week and led a community transformation of the neighborhood and mission.
Debbie died just two years after meeting her homeless friend. For her funeral, she had one request of her pastor, that Denver be allowed to speak.
During his eulogy, the overflow crowd of rich and poor witnessed a miracle transformation come to completion and Debbie’s dream come to fruition.
This is what Denver Moore said, in his own words, 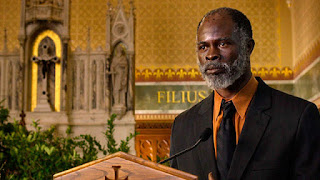 “I didn’t meet Miss Debbie. She met me. I didn’t want to know Miss Debbie or any other white woman for that matter. But ever since I known her Miss Debbie wants to be my friend. I’m sure she was a friend to every soul in here. I still haven’t figured out why she wanted to know a fella like me. I sure wasn’t nothin’ to be proud of.

I was captive in a devil’s prison most of my life. Many folks see me there locked up and pass me by. I don’t blame them. I was not nice. Dangerous. I was probably just as happy to stay in prison.
She was different. She seen me behind them bars. And reached way down in her pocket and pulled out the key God gave her to set me free. She’s the only person to love me enough not to give up.
Now I stand here a changed man. A free man.
I just spent a lot of time worrying I was different than other people -- even all the homeless folk. But after I met Miss Debbie and Mr. Ron I worry I was so different than them that we was never going to have no kind of future. But what I found out was everybody's different--same kind of different as me. We are all regular folks walking down the street God done set in front of us.
Miss Debbie, she’s a whole nother kind of different. Miss Debbie, she dream of a better place for the homeless.  And I ain’t talkin’ about heaven now. I’m talkin’ about right here… in your town. 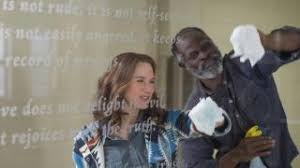 Now I’m gonna pick up Miss Debbie’s torch and I’m going to carry it well.  And it would make Miss Debbie real happy if you will make her dream come true, and pick up her torch and carry it around, too.
Whether we is rich or whether we is poor, or something in between, we’s all homeless. Every last one of us. Just working our way back home. Welcome home, Miss Debbie. Welcome home.” 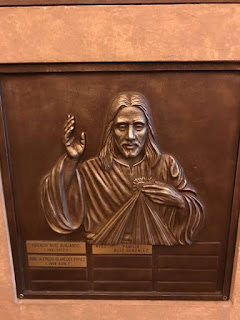 
(Here's a preview of the movie about Denver Moore's life. Peace)

Posted by iServant Media at 1:47 PM No comments: