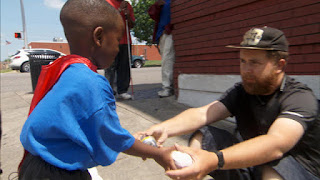 Have you heard of America’s newest Superhero? His name is President Austin and he’s an adorable four year old living in Birmingham, Alabama. Austin Perine doesn’t want toys or an allowance; instead he wants all his money to go to feeding the homeless in his town. He flies around the streets with a red cape, an abundance of energy, a big smile, and a bag of chicken sandwiches and sodas, handing them out to those living without a home. His refrain to all he meets on the streets is “Don’t forget to show love.”  Anyone who meets Austin leaves the encounter with hope. 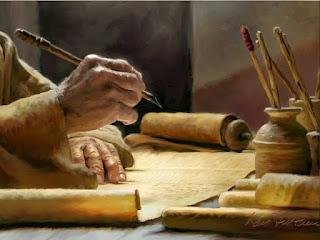 As Catholics, we are called by our Church to read scripture not literally, but in cultural context. That means we are to read scripture for an understanding of what the words meant to the earliest of Christians who were the intended audience.
As we know, language can be a tricky thing. One word can have many different meanings. 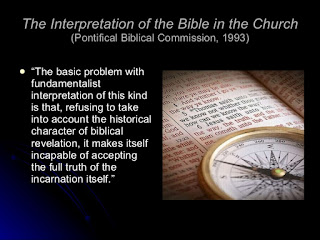 The same is true with the word Jesus uses in today’s Gospel message: Love. In our English language, the word love has many different meanings.  Lots of room for ambiguity.
The Gospel of John was originally written in the Greek language.
The Greeks had four words for the word love. No room for misunderstanding the message of Jesus. 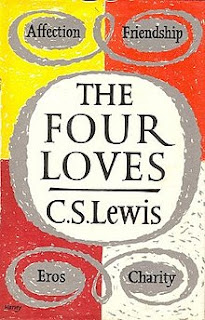 C.S. Lewis wrote about this in the book The Four Loves.
Phileo is the word used for non-romantic affection between people sharing a strong bond (like "brotherly love").
Eros is the word used for romantic feelings (like "being in love").
Storge is the word used for fondness of someone or something through familiarity (like I love pizza or I love my sister).
Then there’s the word used in today’s Gospel message:  Agape.  This word is used for love that is selflessly committed to the well-being of another and meant to be lifelong.

This is the word Jesus chose for this important message to his disciples. No confusion. No room for personal interpretation.
In our culture, love has become a cerebral practice.
In John’s Gospel, love is an action.
Remember the three theological virtues?  Faith, hope and love.
As we hear from St. Paul, love is the most important for us Christians.
That echoes what Jesus is saying in today’s Gospel. 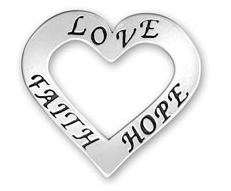 In St. Paul’s letter the word used is also agape. So what’s the context for this word for love?
If you look at what theological virtues, you can find the answer.
The theological virtues are traits or qualities of a person who conducts him or herself in a good moral manner.
Paul’s so-called “Hymn of Love” is 1st Corinthians 13.
There, he points out that love, or the better word charity, is the most important.  In the theological virtues, the word love means charity. The two words are interchangeable.
Charity is a concrete action from one person to person.
As one Christian writer puts it, “Charity means participating in tangible acts of loving kindness toward all others (friend or enemy) in unconditional and self-sacrificial ways. Or to put it simply, to practice charity is to be compassionate.” Or as President Austin says “show love!”
This is what the Gospel message of love is all about. Not an abstract command “to love,” but what Jesus did his entire earthly ministry to love others by compassionately serving their needs – and showing love.
In the early Christian community we see a wonderful representation of what love or charity meant to the ancient world. It’s what allowed the Christian message to explode in popularity in spite of persecution and martyrdom. Without it, the Christian faith would have withered and died. 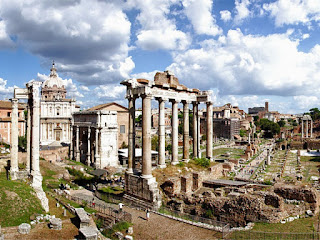 Here’s something to ponder:  At the time of St. Paul in Rome (around 67 AD), there were only about 25-hundred Christians scattered in small communities throughout the Roman Empire.  By the time of the Nicene Council and the end of Christian persecution (around 325 AD), the number was nearly 34-Million or a majority of the Roman Empire’s population. How did that happen?
As we heard in today's first reading from Acts of the Apostles, Peter opens the door for gentiles to become followers of Jesus.
But experts say the real reason is because Christians took care of each other (loved each other), and often even their pagan neighbors. Christians took seriously Jesus’ command to feed the hungry and visit the sick.

Rome was a bit of a hell hole in the 1st, 2nd and 3rd Centuries. Despite its many impressive monuments (some still exist today) it was filthy in many parts. Chaos and human cruelty reigned.
Most people were packed into close quarters, which became breeding grounds for disease and plague.
In the Roman Empire, when sickness or plague would break out, most people would run away. The Christians instead would run in and care for those infected.
As some experts contend, simply nursing back to health and feeding the sick increased Christian chances of survival. 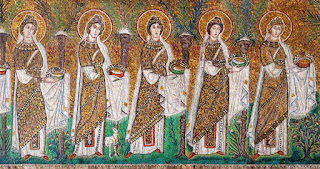 In addition, women enjoyed a higher social status in Christian communities than elsewhere in Rome, making them ready converts.  As we see in Paul’s letters, they were leaders, benefactors of churches and deaconesses, especially when it came to dispensing charity in the community.
Abortion and infanticide were forbidden in the early Christian culture, meaning baby girls survived in greater numbers. And many Christian women married Pagan men and many times converted their husbands and their children to Christianity.
All of these things are what changed Christian fortunes over three centuries of persecution and martyrdom.
This is what made faith real and tangible in a dark, scary world that desperately needed the early Christian community.
And this is what Pope Francis is asking us to do in today’s modern world. To live the lives of ordinary, everyday saints. Be examples of Christian virtue (and love) to a broken world. 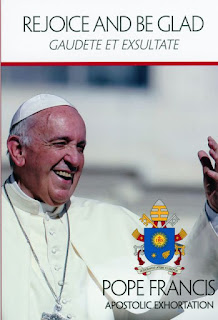 At the heart of Pope Francis’s new Apostolic Exhortation (Gaudete Et Exsultate or “Rejoice and Be Glad”) is a beautiful reflection on the criterion Christ will use in the Final Judgment (found in Matthew 25):  “I was hungry and you gave me food, I was thirsty and you gave me drink, I was a stranger and you welcomed me.”
The Pope said, “Given these uncompromising demands of Jesus, it is my duty to ask Christians to acknowledge and accept them in a spirit of genuine openness… Our Lord made it very clear that holiness cannot be understood or lived apart from these demands.”
This is how the early Christians spread The Way of Jesus Christ in the ancient world. This is the way we can revitalize Christianity. By loving one another as Christ loves us (by showing charity to all). By loving our neighbor as ourselves (and not questioning “And who is my neighbor” especially in the poor, marginalized and outcast). By modeling Christian behavior in what we say and do. 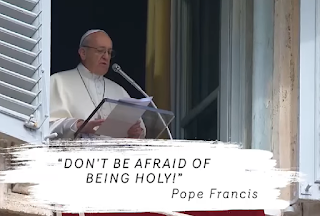 In Gaudete Et Exsultate, holiness is understood best in terms of community:  “We are never completely ourselves unless we belong to a people. That is why no one is saved alone.” (§ 6)
Pope Francis calls us to boldly live our Christian faith as a community of everyday saints. This is how we bring Christ to a troubled world.
As we ready for Pentecost and the coming of the Holy Spirit, may we hear and heed the urging of our Holy Father and Jesus to model Christ, to be like President Austin, and show the world what love is all about.


Posted by iServant Media at 2:51 PM No comments: