I read an interesting New York Times OP/ED recently. Clergy are becoming disillusioned as a result of congregations wanting short, entertaining sermons that leave parishioners feeling great about themselves. As a deacon candidate, the prospects of the author's premise are somewhat daunting. I'm hoping Catholic churchgoers are different. 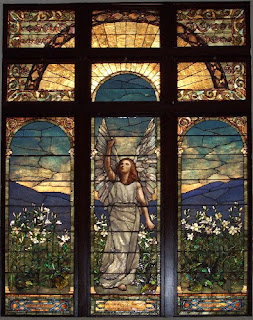 The American clergy is suffering from burnout, several new studies show. And part of the problem, as researchers have observed, is that pastors work too much. Many of them need vacations, it’s true. But there’s a more fundamental problem that no amount of rest and relaxation can help solve: congregational pressure to forsake one’s highest calling.

The pastoral vocation is to help people grow spiritually, resist their lowest impulses and adopt higher, more compassionate ways. But churchgoers increasingly want pastors to soothe and entertain them. It’s apparent in the theater-style seating and giant projection screens in churches and in mission trips that involve more sightseeing than listening to the local people.

As a result, pastors are constantly forced to choose, as they work through congregants’ daily wish lists in their e-mail and voice mail, between paths of personal integrity and those that portend greater job security. As religion becomes a consumer experience, the clergy become more unhappy and unhealthy.

The trend toward consumer-driven religion has been gaining momentum for half a century. Consider that in 1955 only 15 percent of Americans said they no longer adhered to the faith of their childhood, according to a Gallup poll. By 2008, 44 percent had switched their religious affiliation at least once, or dropped it altogether, the Pew Forum on Religion & Public Life found. Americans now sample, dabble and move on when a religious leader fails to satisfy for any reason.

In this transformation, clergy have seen their job descriptions rewritten. They’re no longer expected to offer moral counsel in pastoral care sessions or to deliver sermons that make the comfortable uneasy. Church leaders who continue such ministerial traditions pay dearly. A few years ago, thousands of parishioners quit Woodland Hills Church in St. Paul, Minn., and Community Church of Joy in Glendale, Ariz., when their respective preachers refused to bless the congregations’ preferred political agendas and consumerist lifestyles. 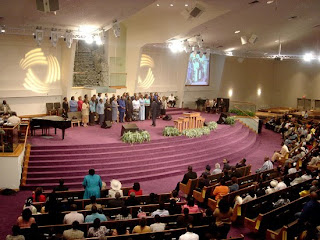 I have faced similar pressures myself. In the early 2000s, the advisory committee of my small congregation in Massachusetts told me to keep my sermons to 10 minutes, tell funny stories and leave people feeling great about themselves. The unspoken message in such instructions is clear: give us the comforting, amusing fare we want or we’ll get our spiritual leadership from someone else.

Congregations that make such demands seem not to realize that most clergy don’t sign up to be soothsayers or entertainers. Pastors believe they’re called to shape lives for the better, and that involves helping people learn to do what’s right in life, even when what’s right is also difficult. When they’re being true to their calling, pastors urge Christians to do the hard work of reconciliation with one another before receiving communion. They lead people to share in the suffering of others, including people they would rather ignore, by experiencing tough circumstances — say, in a shelter, a prison or a nursing home — and seeking relief together with those in need. At their courageous best, clergy lead where people aren’t asking to go, because that’s how the range of issues that concern them expands, and how a holy community gets formed.

Ministry is a profession in which the greatest rewards include meaningfulness and integrity. When those fade under pressure from churchgoers who don’t want to be challenged or edified, pastors become candidates for stress and depression.

Clergy need parishioners who understand that the church exists, as it always has, to save souls by elevating people’s values and desires. They need churchgoers to ask for personal challenges, in areas like daily devotions and outreach ministries.

When such an ethic takes root, as it has in generations past, then pastors will cease to feel like the spiritual equivalents of concierges. They’ll again know joy in ministering among people who share their sense of purpose. They might even be on fire again for their calling, rather than on a path to premature burnout.

G. Jeffrey MacDonald, a minister in the United Church of Christ, is the author of “Thieves in the Temple: The Christian Church and the Selling of the American Soul.”
Posted by iServant Media at 4:25 PM