I've always believed baseball imitates life.  Ups, downs, wins, losses, the long season and occasionally we get to play like champions.  Great baseball stories always inspire me.  But no baseball story is more beautiful than this one.  Heaven has a new shortstop.  And his name is Josh Dickerson. 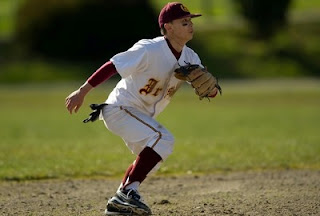 ---
Reprinted from the Seattle Times 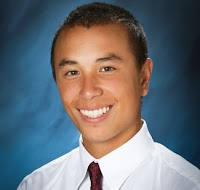 It was July 23, the day of the Ichiro trade. The Mariners-Yankees game was on TV in his room.

Friends knelt over his bed and whispered play-by-play to Dickerson, an O'Dea High School baseball player. He smiled.

Later that night, his three-year battle against the rare form of cancer that started in his jaw in October 2009 entered its final phase. He received sedation designed to render him unconscious and finally, mercifully, relieve his suffering.

He died three days later at 5:40 p.m. on July 26. A service celebrating Dickerson's life is scheduled for 7 p.m. Aug. 16 at St. James Cathedral in Seattle.

It was only fitting that one of Dickerson's last memories involved baseball, a sport he played since he was 6 years old. A sport he lived for.

Six months before, on Dec. 27, Dickerson's rhabdomyosarcoma returned. The rare cancer spread to his jaw. He was told by doctors there was no cure, but a second round of chemotherapy might prolong his life.
There was no hesitation from Josh, his father, Kiyo Dickerson, said. 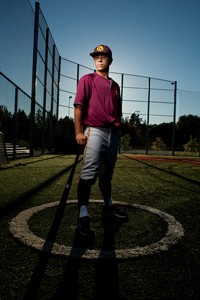 "Doctors told him he needed to think about what was important to him," Kiyo said. "He was 17 at that point and he was asked what he wanted to do with his life. He wanted to play baseball."

Said family friend and former coach Scott Thomassen, "He wasn't making a choice between living and playing baseball. He knew there was no cure, but baseball was so important to him, and it was truly how he lived. He identified himself as a baseball player first and foremost."

Dickerson went on to inspire others, playing in excruciating pain. He willed himself to participate in 16 of O'Dea's 18 regular-season games as a junior, hitting about .300. He was taking so many painkillers, family friend and registered nurse Heidi Thomassen compared the dosage to treating a rhinoceros for pain.

But Josh had a secret.

Without telling his family, he would reduce his intake on game days, calling upon his body's natural adrenaline to push forward and fight off the hurt. 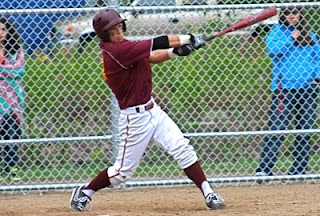 "There's just something about that game that he absolutely loved," Kiyo said. "It was really the one thing that kept him going. I think it was something he was able to look forward to in the morning. He gets to play another baseball game."

One of the only two games he missed came on April 18, an 8-5 win over Bainbridge.

On that day, he had an appointment with nurse practitioner Sue Ehling. He was in such agony, he finally asked how much time she thought he had left. Ehling dropped a bomb.

"Too emotional, no words."

A few hours passed by, then Dickerson took his emotions to twitter.

"A couple more months to be the best I can." 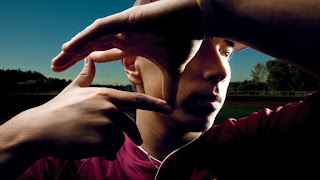 He was back at shortstop for O'Dea's next game.

"That was Josh," O'Dea head coach Mike Doyle said. "It's just a testament to the tough kid he was. He was always smaller than everyone else but he never backed down to anything or anyone. The pain caught up to him, but he would never show any signs of weakness. He's honestly one of the strongest individuals I've ever met in my life."

His last game was a heartbreaking 3-2 loss in 11 innings to Eastside Catholic on May 2. Dickerson went 3 for 5, scored a run and stole a base. 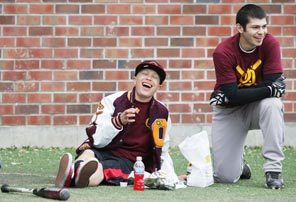 "He left it all out on the field that night," Doyle said. "I don't think he could have done any more. Every ground ball, he charged at. He dove back into every base or would run as fast as he could on any given play. I saw him in pain, but he never said anything. He gave everything he had and more."

Dickerson's body crashed on the way home that evening. From then on, his condition worsened and the pain increased. He could barely stand, and could not join teammates in the dugout a few weeks later as O'Dea's season ended with a 3-0 loss to Kelso in the state playoffs.

Three years earlier, he had helped the Irish win the 2009 state championship, becoming the first freshman in O'Dea history on the roster for a state championship team. In 2010, the Irish captured state again, and although he didn't play that season because of his illness, he was in the dugout as much as possible to support his team.

During his final two months, Dickerson lost over 40 pounds as the cancer and pain spread.

Even when Dickerson was transferred to Seattle Children's hospital for the final time, he kept smiling.

During his final minutes of consciousness, he gave his parents one last enduring memory.

Kiyo approached his son, who lay in bed with his eyes closed, and asked if he was OK. 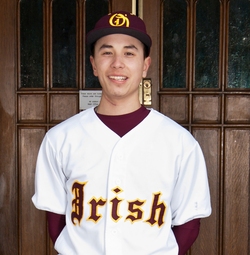 "He gave me two big thumbs up," his father said. "He was ready. ... It was his way of letting us know that everything was going to be all right, and he'd always be with us."

Copyright © The Seattle Times Company
Posted by iServant Media at 9:23 AM