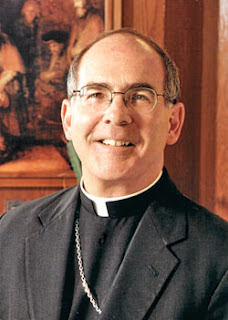 Archbishop J. Peter Sartain of Seattle made the following statement regarding the announcement by Pope Benedict XVI that he would resign as pope effective Feb. 28.

"Like so many Catholics here and around the world, I received the news of Pope Benedict’s decision to resign with strongly mixed feelings. His decision is clearly a very personal, spiritual one, and it expresses his unfailing care and concern for the Church he has served tirelessly throughout his life. Pope Benedict is no stranger to challenge. He grew up in Germany during the Nazi scourge. As a theologian, he advised the council fathers during the Second Vatican Council. And he served as theology professor and bishop before being called to Rome by Blessed John Paul II to assume duties as Prefect of the Congregation for the Doctrine of the Faith. With his resignation, we are losing a pastor whose papacy has been marked not only by his profound fidelity to the Lord Jesus and our Catholic faith, but also his gentle and humble nature. He will be missed, but we may be assured that, as with all his decisions, his announcement today was made prayerfully and for the benefit of the Church and all people of faith.

Having had the opportunity to meet him on several occasions, I have always been struck by his humility and kindness. A brilliant theologian, he is also a caring pastor who looks one straight in the eye and listens carefully. A prolific writer even before his election as pope, he has continued to teach clearly with his encyclicals and books. As pastor of the universal Church, he has reminded us particularly of the truth that faith must issue forth in love, and thus that not only individual Christians but the Church herself must reach out to those who suffer around the world. His 2008 visit to the United States was a landmark occasion for many of us, and I was personally moved by his presence.

In these final days of his pontificate, we will pray for his health and offer thanks to God for his extraordinary ministry as Pope. And with Catholics around the world, we will pray to the Holy Spirit for the Cardinals who will soon elect his successor."