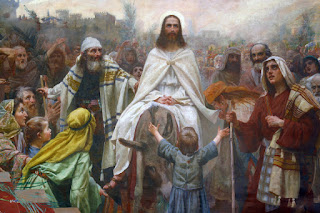 Jesus knew what the future held.
To get to the Resurrection he must endure betrayal, denial, torture, and crucifixion.
Jesus knew there’s only one path to the Resurrection and it involves sacrifice, and suffering and death. It’s the same for us all.  None of us is getting out of here alive.
Jesus knew his suffering would come from speaking truth to power, pointing out hypocrisy, and asking people to turn away from evil.
In the 20th century, the world experienced a man go through the same suffering, speak the same truth to corrupt power, point out the same hypocrisy, and ask people to turn away from evil. 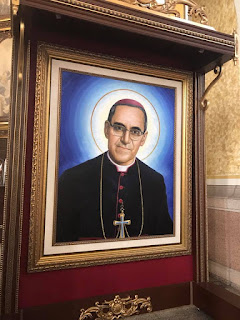 His name: Archbishop Oscar Romero.  Educated in Rome, Romero was seen by other priests in his home country as someone who would serve only the rich and powerful in El Salvador. He was seen as too conservative. There was much anger among the priests of El Salvador when he was named Archbishop.
But just a few weeks after ascending to the position, one of his priests was gunned down by a government death squad. 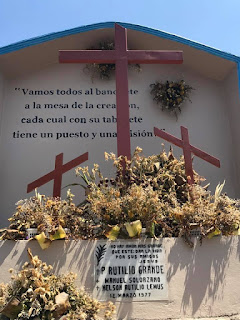 Jesuit Fr. Rutilio Grande served one of the poorest parish communities, in the tiny towns of Aguilares and Paisnal, El Salvador. His preaching lifted up the people from their suffering and despair. By sharing a message of salvation to peasants, Grande angered the status quo and it marked him for execution.
When Fr. Grande was shot dead on a deserted road between his two parishes, Archbishop Oscar Romero immediately drove to the site, and his life would be changed forever.
He knew what was happening in El Salvador was wrong (the deaths, the massacres, the disappearances). He knew the rich would never stand for peasants rising up to take power away from the wealthy and privileged. He knew he must do something.
He had to choose sides. He chose the poor and marginalized. He chose the oppressed, the families of the disappeared. He chose to follow Jesus to Jerusalem and to death. 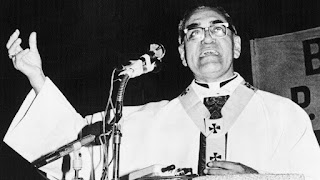 On Sunday, March 23rd, 1980, Archbishop Oscar Romero preached his own death sentence.
In a homily broadcast nationwide, Romero implored the military with the following words, “Thou shalt not kill! No soldier is obliged to obey an order against the law of God … in the name of this suffering people, whose laments rise to heaven each day more tumultuous, I beg you, I beseech you, I order you in the name of God, stop the repression.” 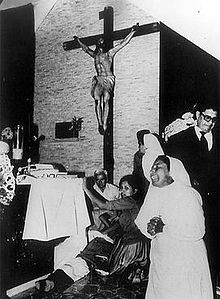 The next day while doing Mass at a Hospital chapel near his humble San Salvador home, a gunman took Oscar Romero’s life as he was preparing the altar after preaching his final homily.
That was March 24th, 1980.
Romero predicted his own death, saying, “If they kill me, I will arise in the Salvadoran people.”
This year on March 24th, we had the honor to be in El Salvador co-leading Maryknoll missionaries to celebrate the first official Feast Day of St. Oscar Romero, Bishop and Martyr.
Last October, Oscar Romero was officially recognized as a saint by the Catholic Church. 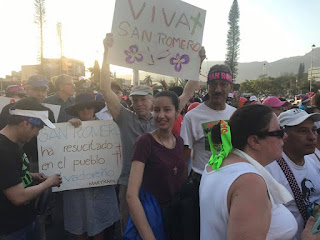 Our group was blessed to march with thousands of Catholic El Salvadoran faithful through the streets of San Salvador to an open-air, evening Mass to mark the occasion.
St. Oscar Romero was criticized by many during his lifetime -- the rich and the powerful, some in the Church in Latin America, in Rome, and, yes, here in the United States. 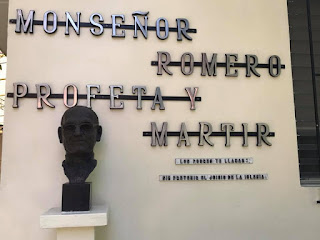 Posted by iServant Media at 7:50 AM