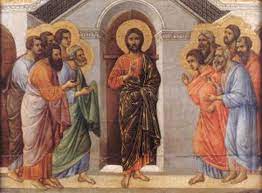 This line was uttered by a priest who suffered greatly before his death. He felt the weight of the cross heavy on his shoulders in his short life as a priest, and his long, hard life on the way to ordination.

The strength to endure a difficult life flows from the divine mercy we receive from God in our lives.

Jesus comes to his disciples for the first time since the Resurrection and says, “Peace be with you.” He’s about to give them the gift of the Holy Spirit. And send them on a mission. One that won't be easy. 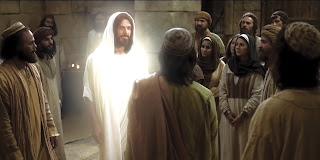 Bible scholars say, “These friendly words ("Peace be with you") dispel the fear and shame the apostles must have been feeling at behaving so disloyally during his passion… now he will endow them with transcendental powers.[1]” 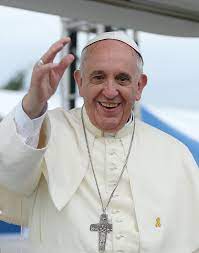 Jesus is asking the same of us, his Church, as he approaches us with his peace, his divine mercy, the Holy Spirit, and his mission.

Sadly, the lesson of Jesus has been lost on many Catholics in Churches around the world. 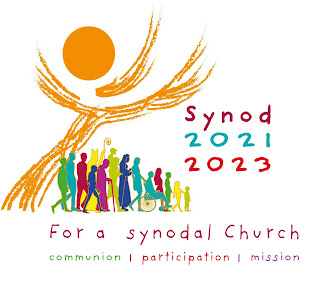 This is the reason Pope Francis has called us into Synod listening in hopes of unleashing the transformative power of the Holy Spirt in the Church again. And send us on a new mission.

We need to be willing to seek the difficult path. Not the easy one. 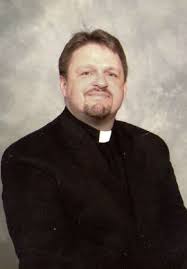 The priest who uttered these words is Fr. Stuart Long. His hard knock life is depicted in a new movie creating a buzz in Catholic circles called Fr. Stu.

I first heard about Fr. Stu from my first spiritual director Fr. Sean Raftis. He was a Jesuit priest here in the Seattle Archdiocese before answering God’s call to become a diocesan priest in the Diocese of Helena, Montana.

That’s where he met a fellow priest, Fr. Stu. 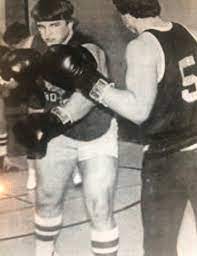 Fr. Stu graduated from Carroll College in the 80’s. While there he played football.

A Catholic priest noticed Stuart Long liked a good fight. So, he turned him on to boxing.

Stu became the Golden Gloves heavy weight champion of Montana before a few too many hits to the jaw forced him to leave boxing. 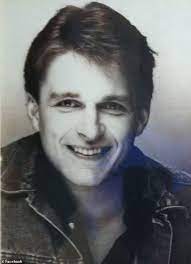 He then decided to try his hand at acting and went to Hollywood. That dream fizzled after doing only a couple of commercials and a few bit roles.

But it was there that he met a devout, young Catholic woman who told him she was not interested in dating him unless he became a Catholic. So, he registered for RCIA and was baptized and confirmed Catholic.

His life changed shortly after converting to the faith. One night while riding home from work on his motorcycle he was hit by a car, collided with another car, and was runover by a third car, breaking numerous bones and putting him in a coma. 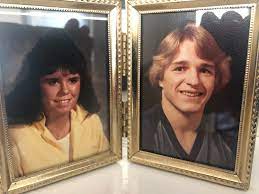 His near-death experience included a visit from the Virgin Mary who told him it was not his time yet to leave this world.

After his life-changing experience, he felt in his heart that Jesus was calling him to a new mission -- to become a priest.

Those who evaluate candidates for the priesthood took one look at his checkered past and weren’t so sure that he was being called.

Eventually his persistence won out and they relented, letting him enter seminary. 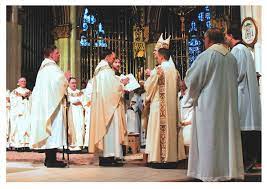 During his time at the seminary, he experienced severe weakness in his legs. Stu was eventually diagnosed with a rare disease, similar to ALS/Lou Gehrig’s disease, called inclusion body myositis.

Many at the seminary questioned how he would be able to be ordained a priest with such a disability.

But he was ordained – walking into the Church on crutches that would mark much of his priesthood until he transitioned to an electric wheelchair in the final years of his life.

Fr. Stu was known for connecting with everyone from inmates in the state prison to people who doubted his call and tried to get in the way of his ordination.

Fr. Stu was a priest for only seven years before dying at the age 50.

Suffering is part of the game when we step into the new life offered by Jesus. It’s part of the high road to Calvary we talked about during Lent. 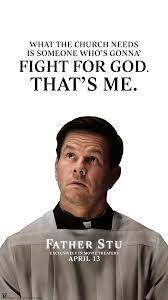 On Holy Thursday, I attended the movie Fr. Stu. I highly recommend it. But be warned, Fr. Stu was a rascal in his early years, known for foul language, even during his seminary years. The movie has an R-rating for bad language.

As I sat watching the movie, I reflected on the suffering we’ve endured during our years together.

When thinking back on the past three years, I cannot help but to remember the many challenges: a massive sewage flood in one Church, a two-plus-year pandemic and worries about keeping everyone safe, an archdiocesan decision to close another Church.

Had I known then what I know now I would have run away from this assignment. And never looked back. 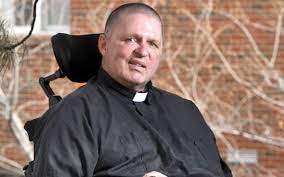 It put everything in perspective when I heard Fr. Stu's healing a prophetic words, "We shouldn't pray to have an easy life but for the strength to endure a difficult one."