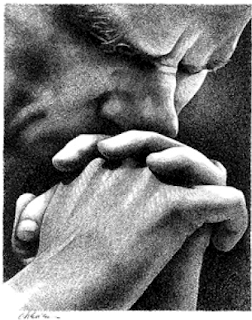 The U.S. Catholic Bishops have advocated for health-care reform since 1993, writes Archbishop Alex J. Brunett of Seattle. He responds to criticism of the bishops' position on health-care reforms being considered by Congress.

When the uninsured visit an emergency room, there is a good chance it will be in one of the 624 Catholic hospitals in this country, and they will be welcomed and respected regardless of their beliefs or ability to pay. Catholic teaching holds that health care is a basic human right because every person, created in the image and likeness of God, has a right to life and to those things necessary to sustain life, including affordable health care.

Despite the U.S. bishops' consistent advocacy for comprehensive health-care reform since 1993, a recent guest column in this newspaper ["Bishops take low road on health-care reform," Opinion, Dec. 10] suggests that we are willing to "toss off the bridge" the uninsured because of our equally consistent opposition to abortion. The facts do not support this claim.

Let's set the record straight. Our position does not scale back "women's abortion rights" as Sam Sperry's guest commentary suggests. We bishops recognize that any attempt to change current law giving women a legal right to abortion would be dead on arrival in Congress.

As a result, the amendments related to abortion we have supported in the U.S. House and Senate do not alter, add or subtract anything from current federal law. In addition, the amendments specifically state that insurance companies may sell and individuals may purchase coverage for abortions.

The intent of our advocacy on this issue is to promote universal access to health care and to preserve the long-standing federal policy prohibiting federal funding of abortion. Recent public opinion polls and the favorable vote in the U.S. House of Representatives affirm that a majority of Americans overwhelmingly agree with this position.

Our advocacy with regard to federal funding of abortion, however, is a consequence, not the sum total, of our teaching. As teachers, the bishops of the United States have not taken a position on any particular health-care reform bill, but have forcefully articulated our Catholic values and principles.

Those interested in understanding authentic Catholic teaching on the issues of health care and abortion need look no further than the Catechism of the Catholic Church, which states, "From the beginning, the Catholic Church has respected the dignity of all human life from the first moment of conception to natural death."

Where the column is most in error is in its suggestion that the bishops' position represents a narrow religious perspective shared only by a small minority. If that were the case, federal law that has protected citizens from paying for abortions would not have been the law of the land for more than three decades during presidencies and congressional majorities representing both parties.

Catholic Church teaching does not divide humanity into those who are valuable enough to warrant protection and those who are not. Catholic teaching holds that every human being — including unborn humans in the womb — have fundamental human rights, including the right to life.

That is why the views expressed in the recent guest column pose a serious threat to the dignity and rights of the poor and vulnerable members of the human family who need and deserve our respect and protection, which includes access to health care.

The Most Rev. Alex J. Brunett is the Catholic archbishop of Seattle.

Posted by iServant Media at 9:46 AM