Today’s Gospel message is about pretense.  It’s about fooling ourselves.  It’s about trying to pull the wool over the eyes of others. 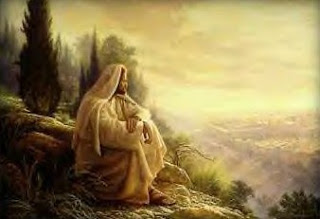 This passage from Luke’s Gospel also marks the exact point when Jesus turns his face toward Jerusalem, a journey he knows will end in death.


As Jesus is passing through Samaria, he’s able to look into the hearts of three would be followers and reply, “You’re just saying you want to follow me, but you have all these conditions and pretenses as roadblocks.  You’re not yet ready to give up everything and follow me.”


I’d like to talk about another side of “giving up everything.”


The story I am about to tell you is not mine.


It’s been kicking around the internet for years, and shared by many.  Maybe you’ve heard it or read it before.


It’s a beautiful story, perhaps even a parable, about the times when our faces are turned toward Jerusalem.


Sometimes our life story can turn us into prophets, plowing the fields and planting seeds by sharing our experiences with others so all can see God more clearly especially in the darkest moments of lives.


Here’s the story I found on the internet.  Again, it is not my own.


“One day, when I was a freshman in high school, I saw a kid from my class walking home from school.


His name was Kyle.


It looked like he was carrying all of his books.  I thought to myself, 'Why would anyone bring home all his books on a Friday?  He must really be a nerd.'


I had quite a weekend planned (parties and a football game with my friends), so I shrugged my shoulders and went on.


As I was walking, I saw a bunch of kids running toward him. 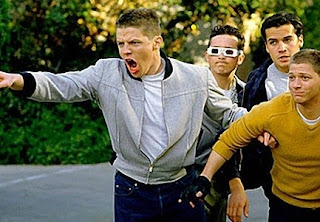 They ran at him, knocking all his books out of his arms and tripping him so he landed in the dirt.


His glasses went flying, and I saw them land in the grass about ten feet from him.


He looked up and I saw this terrible sadness in his eyes.
My heart went out to him. So, I jogged over to him as he crawled around looking for his glasses, and I saw a tear in his eye.


As I handed him his glasses, I said, 'Those guys are jerks.'
They really should get lives.’


He looked at me and said, 'Hey, thanks!'  There was a big smile on his face.


It was one of those smiles that showed real gratitude.


I helped him pick up his books, and asked him where he lived.
As it turned out, he lived near me, so I asked him why I had never seen him before.


He said he had gone to private school before now.


We talked all the way home, and I carried some of his books.
He turned out to be a pretty cool kid.


I asked him if he wanted to play a little football with my friends.


We hung out all weekend and the more I got to know Kyle, the more I liked him, and my friends thought the same of him.


Monday morning came, and there was Kyle with the huge stack of books again.


I stopped him and said, 'Boy, you’re gonna really build some serious muscles with this pile of books everyday!' He just laughed and handed me half the books.


Over the next four years, Kyle and I became best friends.


When we were seniors we began to think about college.  Kyle decided on Georgetown and I was going to Duke.


I knew that we would always be friends, that the miles would never be a problem.


He was going to be a doctor and I was going for business on a football scholarship.


Kyle was valedictorian of our class.


I teased him all the time about being a nerd.


He had to prepare a speech for graduation.  I was so glad it wasn't me having to get up there and speak.


Graduation day, I saw Kyle.  He looked great.  He was one of those guys that really found himself during high school.


I could see that he was nervous about his speech.  So, I smacked him on the back and said, 'Hey, big guy, you'll be great!'


He looked at me with one of those looks (the really grateful one) …  smiled... and said ' Thanks.'


As he started his speech, he cleared his throat, and began... 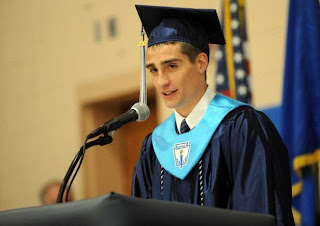 'Graduation is a time to thank those who helped you make it through those tough years.


Your parents, your teachers, your siblings, maybe a coach... but mostly your friends....


I am here to tell ALL of you that being a friend to someone is the best gift you can give them.


I just looked at my friend with disbelief as he told of the first day we met.


He had planned to kill himself over the weekend.
He talked of how he had cleaned out his locker so his Mom wouldn't have to do it later and was carrying his stuff home.


He looked hard at me and gave me a little smile.


'Thankfully, I was saved.  My friend saved me from doing the unspeakable.'


I heard a gasp go through the crowd as this handsome, popular boy told us all about his weakest moment.


I saw his Mom and Dad looking at me and smiling that same grateful smile.


Not until that moment did I realize its depth of the experience."


Powerful story, huh?
It reminds me of another story told by a dear friend who is now the President of Archbishop Murphy High School.


Matt Schambari talks about a young man he found one day in the school chapel at a Catholic high school in Nevada.  The boy looked despondent and was crying.  Matt noticed him there and walked over to talk to him.

The boy wouldn’t say much to the then young Campus Minister.  So, Matt pulled a rosary out of his pocket and gave it to the boy, telling him the rosary is a powerful thing when you’re troubled and searching for God’s help.


It turned out the boy was at the Chapel contemplating suicide.  Matt didn’t find out about that until a long time after when the boy told him.  The boy said had it not been for Matt’s concern and the rosary, he likely have ended his life.


Today’s Gospel shows Jesus deciding it was time to head to Jerusalem.  His time on earth was drawing to a close.  This was not a decision He made on his own, but a reality He knew He had to face.


By heading to Jerusalem, He was headed toward persecution, suffering and death.


We all are headed toward Jerusalem -- eventually.


It’s not a choice we get to make for ourselves.  But guided by the Holy Spirit it is one we all with face in due time.


In today’s Gospel reading, Jesus again reminds His disciples the cost of discipleship is high.  You have to be ready to give up everything to have a life-giving relationship with Jesus Christ.


Many want to place conditions on that relationship with Jesus.  But only in surrendering ourselves fully to Christ can we break free from the chains that bind us and often times drag us down into a pit of despair.


For it is in this sweet surrender that we experience true freedom.  Those were the words in today’s second reading by St. Paul. 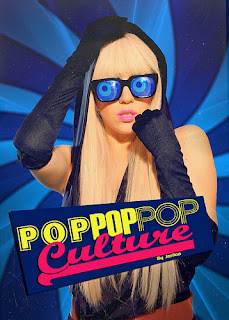 Faith is such a challenging thing for young people to accept today.  The allures of our popular culture are far too attractive (violent video games, music with dangerous messages, mass media sexualizing children at younger and younger ages, etc.).


The cost of discipleship for many young people today is just too high or something they reason away as unneeded, just superstition from their childhood.


But faith in Jesus Christ and to truly experience Christ’s love is what our young people need most today.  Especially in times when their burden is too heavy to bear and they feel they have no one to turn to.  Or when death seems the only option.


Keep the lines of communication open to the people you love.  Know what’s going on inside their heads.  Show them love always. Walk with them in good times and in bad.


Have that conversation you’re afraid to have, and then listen. Avoid judgment and condemnation.  Ask the Holy Spirit for courage as you offer advice.  And most importantly, let them know they’re unconditionally loved. 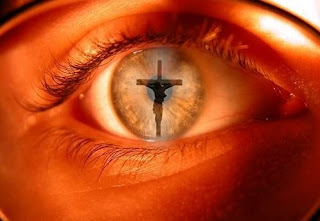 Sure, we all will face our own Jerusalem in due time.


I pray we will face it with gratitude for those who have helped us on the journey and a belief in God through the person of Jesus Christ who understands all things, helps us bear all things, and is always by our side.


We are never alone.
Posted by iServant Media at 1:34 PM