Homily - The Most Holy Body and Blood of Christ (Corpus Christi) 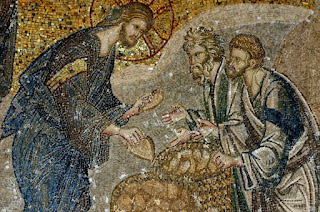 What’s our response to the miracles in our lives?


Most would say gratitude is a pretty good response.  Saying or showing “thanks” to God for the extraordinary gifts in our life.    But how best to do that?


I’m sure those fed by Jesus’ miracle with the fish and loaves were grateful for having their hunger satisfied by Christ.


In a moment, we, too, will share in the feast that keeps on giving.

Pope Francis said in a homily this week:  “Jesus speaks in the silence of the mystery of the Eucharist and reminds us each time that following him means going out of ourselves and making our lives not something we 'possess,' but a gift to him and (a gift) to others."


So, what are the miracles in your life?  What are you most thankful for? 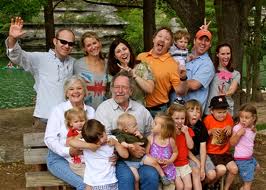 Your children?  Your spouse?  Your friends?

What blessings in your life do you lift up in prayer in the quiet of your heart to say “thank you” to our heavenly creator?


In my life, I’m most thankful for unanswered prayers.


All throughout my childhood, I wanted to go to high school at Blanchet.  But with my father’s death when I was 14, it was not to be. 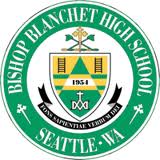 I had a paper route and vowed to help pay for it, but my mother still couldn’t afford it.


My dreams of a Catholic high school education came crashing down as a single mom and nurse at Harborview struggled to keep her family of three boys together on a small salary.


But by going to the high school closest to my childhood home, I discovered the world of radio which led to a career in the industry.

This one-time newspaper delivery boy would develop a passion for news, opening the door to college and a degree in Communications from WSU, eventually a job as a news reporter and anchor at KING radio in 1984, and a chance meeting with a young intern named Mary Gillespie who would become my wife and the mother of our two boys. 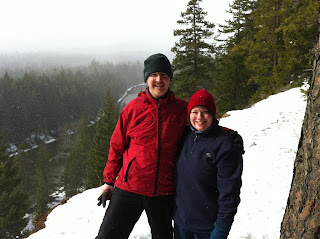 
That’s my story.   I’m sure you have your miracle story, too.


Scott Carty has a beautiful miracle story.  It’s one of abundance coming from very little in life.


Scott was a young teenage boy living in Seattle when his mother was diagnosed with cancer.  She was a single mom caring for four children.  Scott was the second oldest. 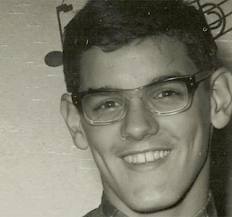 When Scott’s mom went into the hospital, he and his siblings were split up and shipped off to live with relatives.  Eventually, they all ended up as wards of the state after their mother’s death.


The year was 1965.  Scott was turned over to the Youth Service Center.  It might as well have been jail sentence as far as he was concerned.


Locked doors.  Locked gates.  A fenced perimeter.  It was a living hell to a boy of thirteen.


Scott lived at the home for mostly troubled youths for several months before a fateful court date and judge’s ruling that he be remanded there until the age of 18.


Scott considered this a life sentence and felt hopeless and filled with despair.


But in the courtroom that day was a Seattle Times newspaper reporter who felt Scott’s pain and told his story, under the banner headline, “Clean Cut Boy, 13, Has No Place To Go.”


Thinking about the news article still brings tears to this now Boeing retiree’s eyes nearly 50 years later and chokes him up with emotion. 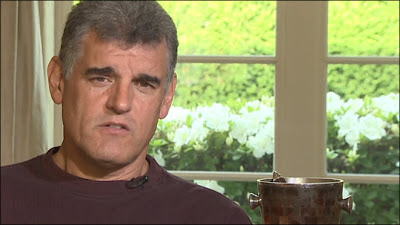 For it’s what happened next that would change his life forever.


A Lake Sammamish couple read the article in the Sunday paper that weekend.  Scott still has their copy.  You can see where they wrote down the phone number to the Youth Service Center.


Scott says, a “social worker called and said, ‘There’s a couple that wants (you to) spend the weekend with them.”


Louise and Wayne Carty lived in a home on Lake Sammamish.  They even had a boat.  The teenage boy thought he’d died and gone to heaven.  He said, “my prayers had been answered.”


As the weekend was ending, Scott was dreading his return to hell.  But the Carty’s sat him down at the kitchen table and told him, “We’d like you to come and stay with us for as long as you’d like.”  One week later Scott moved in.


But the story gets better.


After the Carty’s found out about Scott’s two sisters and one brother, they offered to take them in, too.


Scott recalls, “we all went down to the courthouse and were adopted, all on the same day.”


Scott adds, “To have your complete family as one unit – even though it happened to me, I still don’t believe it.”


Scott’s been married to his wife Denise for 31 years.  They have kids of their own and even took in an older foster son.  It was his way of giving back for the miracle in his life.


Nothing in our lives is left to chance. Our creator has a plan for each and every one of us. 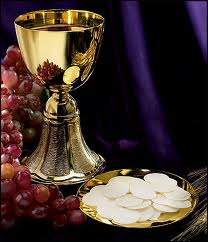 When I asked earlier, what miracles in your live are you thankful for, perhaps you were thinking of your faith?  Or the miracle of your life?  Or the breath you just took thanks to a loving creator?


Or you are thankful to Jesus Christ for offering His Body and Blood as your spiritual nourishment.  This sacrificial gift of Himself in the Eucharist was given on the cross to feed us and save us, brings us everlasting life.  What better gift is there than that?


Pope Francis said of today’s scripture reading that “he’s ‘always struck’ by the disciples asking Jesus to send the crowd away to find food and lodging and Jesus telling them, ‘Give them some food yourselves.’ “


The Pope spoke something quite profound, saying “In the face of the crowd's needs, this is the disciples' solution: Everyone takes care of himself; dismiss the crowd.”


His Holiness Pope Francis went on to say, “Many times we Christians have that same temptation; we don't take on the needs of others, but dismiss them with a compassionate 'May God help you' or a not-so-compassionate 'Good luck.'”

Jesus' solution, though, was to ask God's blessing on the little they had, and then share it with all.


When we take the Eucharist today and adore Jesus Christ truly present in the His Most Holy Body and Blood, do we allow ourselves to be transformed by Him?


How do we show our gratitude to Jesus for this miraculous gift of the Eucharist?


As we heard in the first reading from Genesis, “Abram gave him a tenth of everything” to God as thanksgiving for the miracles in his life.  As much as our church could dearly use a tithe of “a tenth of everything,” that’s not what I’m asking for today.


Be transformed by the Eucharist.  Become what you receive. 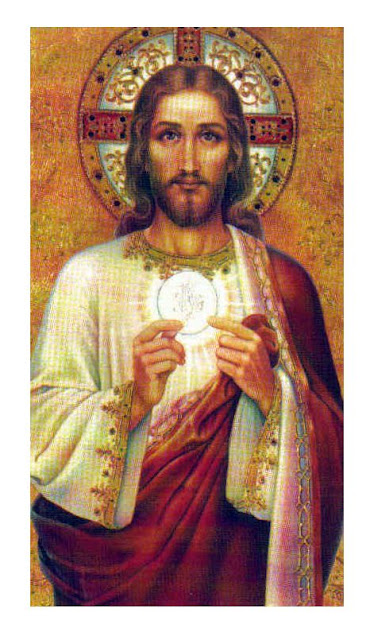 I’m holding a Stewardship of Talent card in my hand.  If you’re thankful for everything God has given you in your life, this is your way of paying it forward, of saying “thanks” to your Creator.


Just pray over the card and find something on the list that’s calling your name.


Perhaps you think you’re too busy and don’t have enough time to help?


Just like the disciples who thought five loaves and two fishes wouldn’t be enough to feed a crowd of 5-thousand men and their families, with Jesus at your side, you’ll always have enough.  In fact, you’ll probably have plenty leftover.  Trust me.


If you need help discerning where God is calling you to use your talents, please see me after Mass and we can set up a time to pray together and see where God is leading you.


Whether it’s unanswered prayers or answered prayers that make miracles happen in our lives, the miracle of The Most Holy Body and Blood of Christ is ALWAYS there sustain us and feed us.  And call us to be Christ to others.


Transformed by the Eucharist, what miracle will you become to someone else?