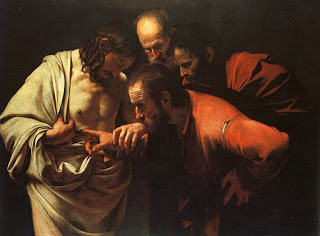 Isn’t it true?  Don’t we all need to see signs of God’s Divine Mercy to help us with our doubts?  There’s a little Doubting Thomas in all of us.
And we usually need hindsight to see these signs and wonders of God’s Divine Mercy.
One such sign started to unfold on June 2nd, 1979.  Anyone remember the significance of that date? 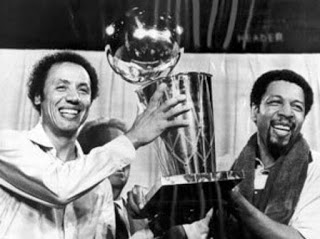 No, it wasn’t the Seattle Supersonics winning a national championship – although that happened the night before.  In fact, it’s probably the reason many of us here in the Northwest don’t remember the events of June 2nd, 1979.
On June 2, 1979, newly elevated Polish Archbishop Karol Wojtyla returned to his homeland for the first time as Pope John Paul II. 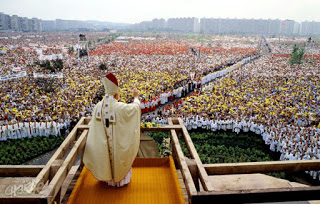 As he spoke his homily at Victory Square in Old Town Warsaw, the crowd began a chant that would eventually be heard around the world. The Polish people were living under Soviet oppression and they started to shout, “We want God. We want God. We want God.”
That moment and Papal visit uplifted a nation’s spirit and sparked the formation of the Solidarity movement a few months later. The Solidarity movement eventually blossomed into freedom in Poland and later spread throughout the Eastern Block. 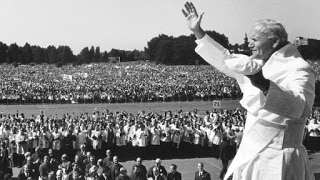 Historians point to that moment as the day the Berlin Wall began to crumble. Soviet Communism would cease to exist a decade later when the Berlin Wall was knocked down, piece by piece, in a joyous celebration of humanity’s triumph over oppression and tyranny.
This is one of those pieces of the Berlin Wall. 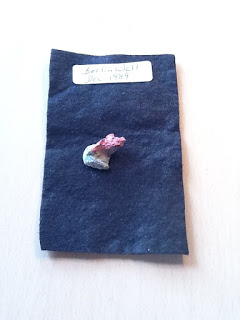 You want a tangible sign of God’s Divine Mercy in our lifetime? It’s this little piece of a great wall that was used to crush human dignity.
God’s Divine Mercy gives us the strength to stand together against evil and oppression, and overcome even the darkest forces in the world – even our doubts.
But sometimes our faith is like gold that needs to be tested by fire. We heard about that in today’s second reading. Only when our faith is tested by fire can the light of the Resurrection shine through in our lives.
In Christmas 1981, as a show of solidarity to the people of Poland, many families lit a candle and placed it in the windows of their homes. 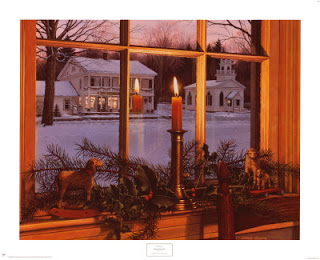 President Reagan had asked all Americans to do this during his annual Christmas address. It was our country’s way of showing spiritual unity with people struggling for freedom in Poland.
At that same moment, a young Pole named Mirek Sztajno was working toward his PhD in Astrophysics and courting a young nurse who would later become his wife, Anna. The two were both caught up in the Solidarity movement and for the first time felt hope for the future. But their faith would be tested by fire, too.
Mirek and Anna’s first child, son Michael, was born just a few weeks after the communist government imposed the “Marshall Law” in Poland in 1982.
Mirek says it was a very difficult time for the family and something they will never forget.
They could not buy anything since the shops were completely empty and they urgently needed powdered milk for Michael since Anna could not produce enough. Desperate, they went to a nearby parish to ask for help. 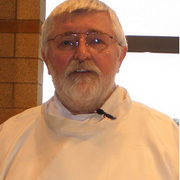 Without any check or extra questioning the nun who ran the food bank gave the family powdered milk. The milk was found in relief supplies sent by the U.S.
It was a very difficult moment for Anna and Mirek, but God’s Divine Mercy was a light shining in the darkness.
For five long years, I had the honor of sitting next to Dcn. Mirek Sztajno during our deacon formation weekends.
Why do I bring up Poland, Solidarity and my dear Polish friend Dcn. Mirek?
Today we celebrate the solemnity Divine Mercy Sunday, inspired by another Pole Sr. Faustina Kowalska, a nun of the Sisters of Our Lady of Mercy.
In the 1930s, just before World War Two, Sr. Faustina had visions, visitations and shared conversations with Jesus.  He asked her to create what is now called the Divine Mercy Chaplet and to paint the vision of His Merciful Divinity being poured our t from his sacred heart.

Problem was she didn’t know how to paint. It took her three years to find someone who would paint this image under her direction. 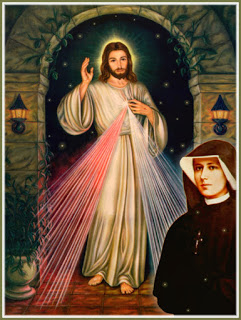 Sr. Faustina wrote in her diary that Jesus told her He wanted the Divine Mercy image to be “solemnly blessed on the first Sunday after Easter; that Sunday is to be the Feast of Mercy.”
Jesus said to Sister Faustina: "Humanity will never find peace until it turns with trust to Divine Mercy."
Jesus promised Sr. Faustina if you’ve gone to confession recently and take communion on Divine Mercy Sunday “complete forgiveness of sins” will be your reward. In other words, a soul is granted freedom from the oppression of sin and darkness by the light of Christ’s Divine Mercy.
The human spirit doesn’t function well when it’s oppressed.  Just ask the people of Poland who endured over 40 years of Soviet oppression.
Sister Faustina died at the age of 33 in October 1938 and is buried in what is now known as the Basilica of Divine Mercy in Krakow, Poland.
Pope John Paul II instituted Divine Mercy Sunday as an annual liturgical celebration in the year 2000, and at the same time he canonized St. Faustina.
I’m sure some of you remember what happened six years ago this weekend?
Pope John Paul II was made Saint John Paul the Great by Pope Francis on Divine Mercy Sunday. Interestingly enough, this famous Polish pope and saint died on the vigil of Divine Mercy Sunday in 2005. 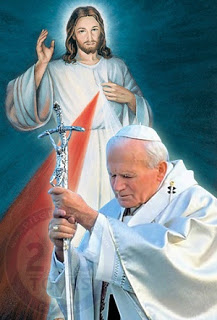 The Polish Pontiff made it his mission to see that those living under tyranny, oppression, and doubt experienced the freedom and peace that can only come from Christ’s Divine Mercy.
So, if you’re experiencing doubt (and aren’t we all in the time of pandemic), you’re in good company this weekend.
Jesus calls us all to experience His Divine Mercy, to see it alive in our lives.  And let His Divine Mercy banish all doubt, all fear, all oppression, all darkness, and all guilt from our very souls.


Then and only then will His words “Peace be with you” ring true in our hearts.