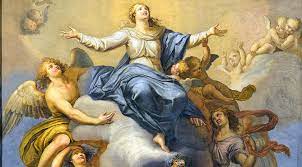 Today we celebrate the solemnity of the Assumption of Mary. What a blessing that this Holy Day of Obligation (or Opportunity) falls on a Sunday this year.

This tradition in our faith goes back to the 6th century. It became dogma in the Church in the mid-20th Century when Pope Pius the Twelfth exercised the concept of papal infallibility in the apostolic constitution Munificentissimus Deus.

World War II had just ended. The brutal war and Holocaust had crushed the human spirit.  The Pope delivered the good news about the Assumption of Mary on November 1st, 1950.

The dogma teaches that the Virgin Mary "having completed the course of her earthly life, was assumed body and soul into heavenly glory." 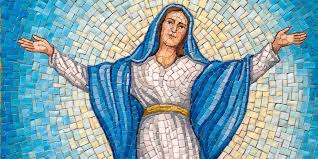 I know. I know. Some struggle with the concept of papal infallibility.

When we were going through the belongings of my wife Mary’s parents a few years back in Spokane shortly after her mother’s passing we found her parent’s wedding certificate.

It had been torn in half and taped back together again.

That’s when I heard the story.

Mary’s mother and father were married a few years after the Pope invoked papal infallibility in the matter of Mary’s Assumption.

The story goes, shortly after being married, in one of their first arguments as a married couple, Marge said, “I don’t believe the Pope is infallible.” 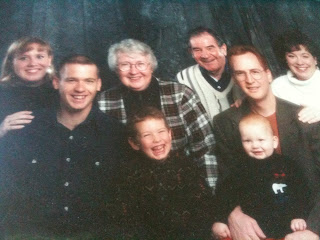 In that moment, Jack found their wedding certificate, and in anger, tore it in half.

A decade or so later, Marge converted to Catholicism.

Marge was a model of servant leadership to her children, having served for over 30 years as the director of the chemistry lab at Deaconess Hospital in Spokane at a time when few women were working fulltime outside of the home.  All the while raising a family of three.

There is something divine about servant leaders.

I know my wife Mary was shaped by her mother’s example.

Perhaps the most significant contribution the Virgin Mary made in our world was raising her son Jesus to be a servant leader. And look what he did with it.

A servant leader serves others and not themselves. 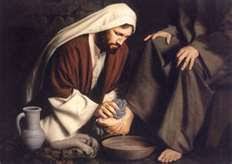 For the servant leader, it is never about themselves, but about others. And Mary was the perfect teacher for her son.

Catholic writer Henri Nouwen said this about servant leadership shown by Jesus and taught by his mother.

“The servant leader is the leader who is being led to unknown, undesirable, and painful places. 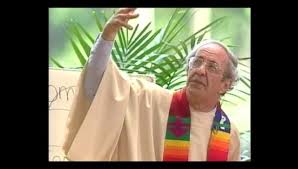 A parent’s love is perhaps the most powerful example of servant leadership.

Ask any parent, ask any mother about the sacrifices made in this life toward the wellbeing of a child. A mother’s love is one of the most powerful bonds known to humankind.

In a bittersweet moment in the movie “The Passion of the Christ,” Mary sees her son struggling with His cross on the streets of Jerusalem, falling a second time.

She’s terrified by what she sees, frozen with fear.

The Apostle John encourages her to go to her son. But she cannot move. 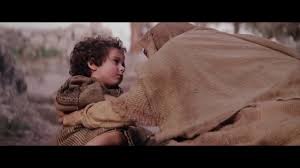 In that moment she daydreams of a time when Jesus as a little boy fell down, hurting himself and how she ran to comfort him.

As she tenderly embraces Him, saying, “I’m here.” 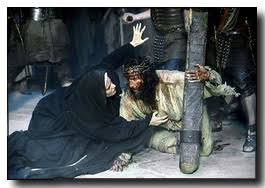 Jesus then says, “See, mother, I make all things new.”

Mary modeled for Jesus what a servant leader looks like: to go to “places where we would rather not go,” to selflessly serve the needs of others, to help others carry their crosses, to love with an unending reservoir of compassion.

This is the way of Christ. This is something we can thank his mother Mary for teaching Jesus. And her reward from God for her efforts in this life was to experience the resurrection at the exact moment of her death.

We may not experience it the way the Virgin Mary experienced it. But Jesus promised all his faithful we, too, can look forward to the resurrection someday.

All he asks of us is that we model our lives as servant leaders to the people of God.

This, my sisters and brothers, is the key that unlocks the door to heaven.

Posted by iServant Media at 3:59 PM