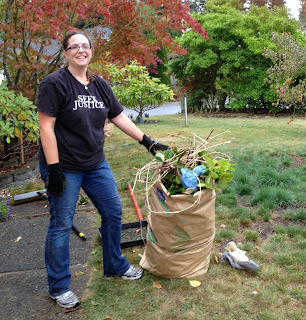 When you give a little, you usually get a lot back in return.  That’s exactly what happened to 59 IC-OLPH parishioners who took part in this year’s annual Day of Caring in September.


The idea came from Ralph Quass, a member of the IC-OLPH Social Action Committee.  The group then partnered with Catholic Community Services to deploy groups of people to assist dozens of low income Everett area residents with a variety of clean-up and assistance needs.  CCS says IC-OLPH was the only parish in Western Washington to participate in Day of Caring in this way. 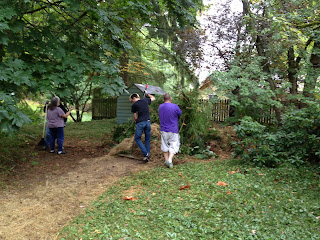 Judy and Tim McNamara chair the Social Action Committee. “I remember at our initial meeting thinking if we get 10 people (to participate) that we’ll be happy,” said Tim McNamara, but the actual number of people who volunteered was a big surprise, “people want to do this.”


“We had people from all three parish communities.  We had Vietnamese, Hispanic and (English language parishioners),” added Judy McNamara.  In fact, when the large group gathered in St. Mary’s Hall to prepare for their day they prayed the Our Father in all three languages before venturing out. 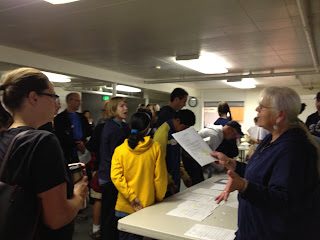 St. Theresa Nguyen was instrumental to involving the Vietnamese community.  Parishioner, committee member and Spanish teacher Cara Hazelbrook shared the idea with the Hispanic community, but also helped two teenage girls from the Spanish language community on the Day of Caring to make sure they participated in a meaningful way.
Tim McNamara was moved by the project he worked on.  He and several others served a man who lived right next to the Everett Country Club in apartments for the some of the poorest people in the area.
There were no lights in the upper floor apartment.  The man’s lights had been turned off some time ago.  And there was no hot water either.  “I cleaned up the kitchen.  It was pretty messy with stuff laying all around from weeks-worth of cooking.  And it smelled,” said McNamara. 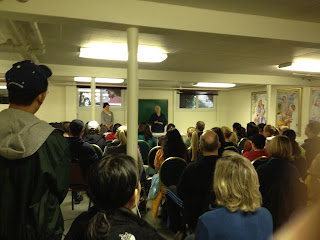 He said the man’s refrigerator was filled with spoiled food, “Everything in the refrigerator moldy or thawed out.”  The job for his team was to clean it all up.  The project took them several hours and they made eight or ten of trips to the dumpster.
But McNamara says the experience made the Gospel come to life for him as they lived out the call in Matthew 25 to help the “least of these brothers and sisters” to see the face of Christ.  “It’s more real.  It brings the Gospel alive.  That’s the reason we went,” McNamara shared. 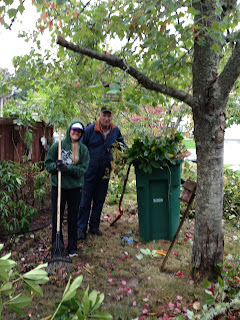 The McNamaras recounted the experience of three teenage girls from our parish who served an elderly woman by changing the sheets and making her bed, and cleaning up the woman’s place.  “This woman was very, very appreciative,” said Tim.
“It’s not necessarily about the poorest of living circumstances, poor can be people unable to care for their (basic) needs,” said Judy.
The group plans to do another Day of Caring early in the Lenten season.  Stay tuned for more details.
----
To volunteer with Catholic Community Services, contact Jeanita Nelson at 425.374.6319 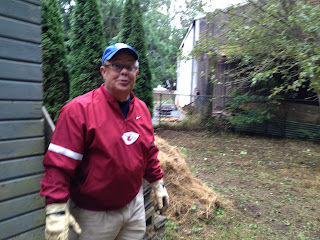