The following is the text of Bishop Sartain’s statement during a press conference held at the Archdiocesan Pastoral Center in Seattle this morning. 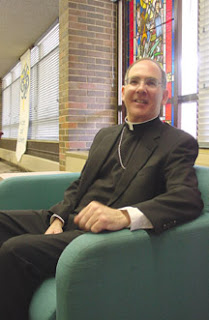 Last Tuesday, September 7, 2010, I received a telephone call from Archbishop Pietro Sambi, Apostolic Nuncio to the United States, who informed me that our Holy Father, Pope Benedict XVI, had appointed me Archbishop of Seattle. As I wrote to Pope Benedict in my letter of acceptance, I am honored and humbled by the appointment, and I give myself to God and to the good people of western Washington with all my heart.

I am a native Tennessean, as were both my parents. I was ordained a priest for the Diocese of Memphis in 1978 and served that diocese until 2000, when I was appointed Bishop of Little Rock, Arkansas. In 2006, I was appointed Bishop of Joliet, Illinois, and have served there since that time. The dioceses of Memphis and Little Rock, considered “home mission” dioceses because of their small Catholic populations, are very different from the Diocese of Joliet, which is located in northern Illinois and encompasses a good portion of suburban Chicago in a part of our country with a substantial Catholic population. The Archdiocese of Seattle is different still, and I am excited at the prospect of getting to know all of you and enjoying the extraordinary natural beauty of this place. The last time I was in western Washington was to go salmon fishing with a group of friends about 18 years ago – and no doubt those same friends will be eager to visit me often. Since the Diocese of Little Rock encompasses the entire state of Arkansas, traveling vast distances in ministry is very familiar to me, and I will consider it a joy to travel this beautiful state. 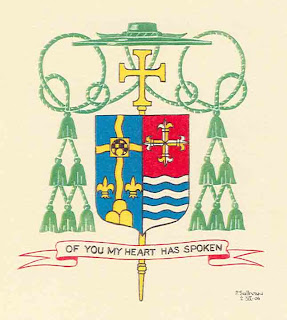 This archdiocese will be new to me, and I will have much to learn. By God’s design, however, the Gospel I am sent to proclaim and the sacraments I am sent to celebrate are the same in Tennessee, Arkansas, Illinois, and Washington. That is because Jesus Christ is the same yesterday, today, and forever – and in every place. And all of you are beloved to God – and therefore beloved to me. Ten years ago I took as my episcopal motto the phrase “Of You My Heart Has Spoken,” from Psalm 27, verse 8. For many years that verse has been a constant refrain in my prayer, because it has been a simple way to express my longing for God. But it has taken on added meaning in my priestly and episcopal ministry, because my heart also speaks to me constantly of the people I am sent to love and serve in the name of Jesus. And so I can say to all of you: Of you my heart has spoken.

I love being pastor, and I look forward to my ministry as shepherd of the Church in the Archdiocese of Seattle. I especially welcome the opportunity to get to know the priests, deacons, religious women and men, and the dedicated laity of the archdiocese, because I know you will teach me about the countless accomplishments of the Church and the opportunities now before us. This archdiocese traces its roots back to 1850, and I have much to learn about its history, its faith, its growth, and its heroes and heroines.

I have already mentioned my gratitude to the Holy Father for appointing me Archbishop of Seattle. Today I would also like to express my deep thanks to Archbishop Alexander Brunett, who has extended a warm hand in welcome. Archbishop Brunett, today I want to particularly say to you that as you grieve the death of your brother, Bill, less than a week ago, all of us are with you, your sister-in-law Joan, and your entire family in loving support. May God fill you all with his peace, which surpasses all understanding. I consider it a privilege to follow in your footsteps and build on the marvelous growth you have overseen in the past 13 years. We will be both brothers and friends.

In the near future we will determine the date for my installation as Archbishop of Seattle. I know from fond experience that many people will be involved in planning that liturgy and other activities surrounding my installation, and I would like to thank you in advance. Likewise, I would like to thank the members of the media who joined us this morning. Since September 7, I have prayed daily for the people of the Archdiocese of Seattle, and I ask that you remember me in your prayers as well.