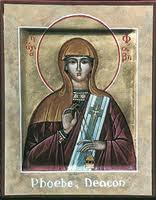 She pops up in one of Paul's epistles, and now an Anglican priest has blogged about her.

While debate continues about female deacons (or deaconesses), here's some interesting context:

As is often the case with these first century saints, we do not know much about them, outside of their names being mentioned in Paul's epistles or their names appearing ion the martyrologies of that time. Phoebe is mentioned in the letter to the Romans, and different translations list her as either a deacon, a deaconess, a minister, or a helper, from Cenchreae, a city near Corinth, in Greece. The actual Greek text uses the word diakonon; there is no distinction between masculine or feminine forms in that word. Some have tried to say that a woman deacon was not a member of an actual holy order, unlike a male deacon, but I don't agree, because Paul's list of qualifications for deacons in 1 Timothy chapter 3 mentions both men and women: Deacons likewise must be serious, not double-tongued, not indulging in much wine, not greedy for money; they must hold fast to the mystery of the faith with a clear conscience. And let them first be tested; then, if they prove themselves blameless, let them serve as deacons. Women, likewise, must be serious, not slanderers, but temperate, faithful in all things. Let deacons be married only once, and let them manage their children and their households well; for those who serve well as deacons gain a good standing for themselves and great boldness in the faith that is in Christ Jesus. I read that as applying to both male and female deacons, but I know that the Roman Catholic church still thinks that the term deacon in this context means co-worker in the missionary enterprise. Phoebe is also described as a helper of Paul and many others, and it is quite possible that she was a Patroness of the house-church in Cenchreae; she may have owned the house in which the Christians of Cenchreae met, and that she took legal responsibility for the activities there. Some scholars believe that Paul's mention of her in the epistle to the Christians in Rome was a letter of recommendation to the Christians in Ephesus; perhaps Phoebe was moving from Cenchreae to Ephesus. 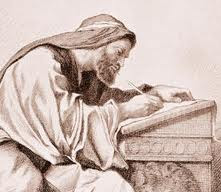 The office of Deaconess was mentioned by St. Paul in the letters to the Romans and to Timothy, but we also have evidence of the office in a letter from Pliny, a Roman governor who was writing to the Emperor Trajan for advice on dealing with Christians. He mentions two women ministers among the Christians in Bithynia. The office of Deaconess is also mentioned in the Apostolic Constitutions of Hippolytus, and the office developed greatly during the third and fourth centuries, although it is quite different from the office Phoebe held. The Council of Chalcedon, held in the year 451, legislated that women could become deaconesses at the age of 40. A deaconess was to devote herself to the care of sick and poor women; she was present at the interviews of women with bishops, priests, or male deacons (so that the clergy wouldn't be alone with strange women) and kept order in the women's part of the church. Her most important function was the assistance at the baptism of women. For the first five centuries of the Church, people were baptized naked, and so, for the sake of propriety, male deacons couldn't baptize women. When adult baptism became rare and was eventually replaced by infant baptism, he office of deaconess declined in importance. The office was actually abolished by the Council of Epaon in the year 517, but in the Nestorian Christian communities in Syria, and later in India and China, deaconesses administered Holy Communion to women and read the scriptures in public.
You can check out more at the link, though it's worth noting that his approach is from an Anglican point of view. But the history he expounds is compelling. 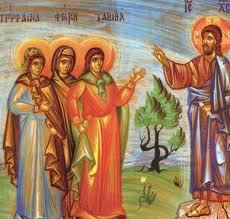 It's worth remembering that, while the Church has closed the door on ordaining women as priests, that door remains ajar on the possibility of women deacons.