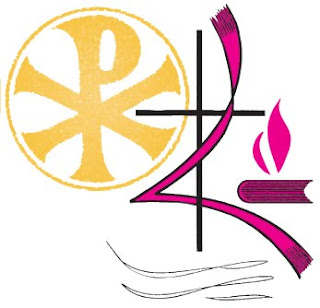 I had a dream job. No doubt about it. But after eight years, the dream job was spiraling into a nightmare.

In September of 2008, as the economy went on a roller coaster ride, my position managing two Seattle radio stations became even more demanding. I was asked to take on the role of another manager whose position had just been eliminated. The situation would be remedied in 2010.

The new corporate reality was unveiled the exact same week we began our deacon formation journey in earnest with the beginning of intellectual formation weekends at Palisades Retreat Center.

How could I keep up with the increasing demands of a job I loved and demands of the deacon formation program? The deacon couple who interviewed us for the program six months earlier asked the exact same question about my job prior to the role change.

Somehow the grace of God intervened and I held it together for the year.

But help would not arrive in 2010. A continuing challenged economy brought no relief. The job began to take a toll on my physical, emotional and spiritual well–being. A storm raged in my soul. Why had my dream job become such a place of desolation? I prayed for guidance.

Guidance came threefold (in true Trinitarian fashion): 1) a question asked by one of our deacon formation educators 2) terrific guidance from a gifted spiritual director 3) a pastoral internship at the L’Arche Community on Capitol Hill. 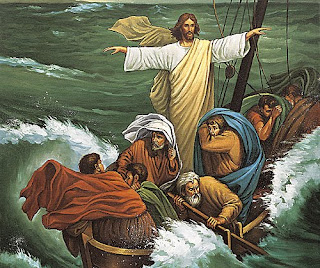 The rhetorical question asked in the classroom during a deacon formation weekend was about Jesus calming the storm on the Sea of Galilee, “Do you think the calming of the storm was an actual physical event (or did Jesus just still the worry in the hearts of the disciples)?” As I prayed for a solution to the turmoil in my heart, the comment washed over me like a flood and a personal storm was silenced. Peace was restored.

Six weeks later, as I was about to meet with my spiritual director, I learned of the senseless slayings of four police officers in Parkland, Washington. As I called our radio station’s newsroom to hear about our coverage plans, it hit me. My heart was no longer in my job. My time at the radio station was over. A change had come over me and this was not where I was supposed to be. I shared this with my spiritual director exactly one week before I became a deacon candidate.

Two days later, on a day that started with a 3 a.m. wake up call that the cop killer had been shot and killed, I dreaded my weekly visit to the L’Arche Community that evening. I was physically and emotionally exhausted from a busy couple of days of intense news coverage.

L’Arche is a beautiful community built around “core members” with mental disabilities. It is the embodiment of the Kingdom of God here on earth. The internship had been a Godsend on many levels. For months it had been my shelter from the storm, but on that day the most extraordinary thing happened.

As I rushed to L’Arche after a 14-hour workday and sat down for dinner, “core member” Nancy turned to me and said, “Welcome home!” I felt the most overwhelming sense of peace and serenity as I battled back tears. I was finally “home.” L’Arche taught me so much about what a life-giving experience from God feels like.

Two days after going through the Rite of Candidacy at St. James Cathedral, I received an email from the General Manager of an all news radio station in Canada asking about my availability to consult his radio station.

I was running a successful consulting business when my company was hired to design the radio programming format for what became my current job in November of 2002.

In January of this year, I officially stepped down as manager of the stations to focus on my consulting business… and my ministry. The radio stations remain clients. I’ve been blessed with an abundance of work in the U.S. and Canada. I’ve also been blessed with more time for studies and ministry work. And I no longer have to use important family time for this.

God has a purpose for all of our lives and leaves us signs along the way. We just need to open our hearts to hear the “quiet whisper” that will lead us home. 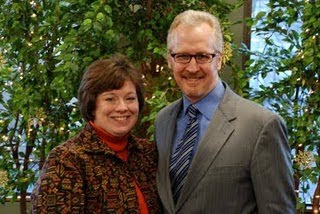 Posted by iServant Media at 4:15 PM